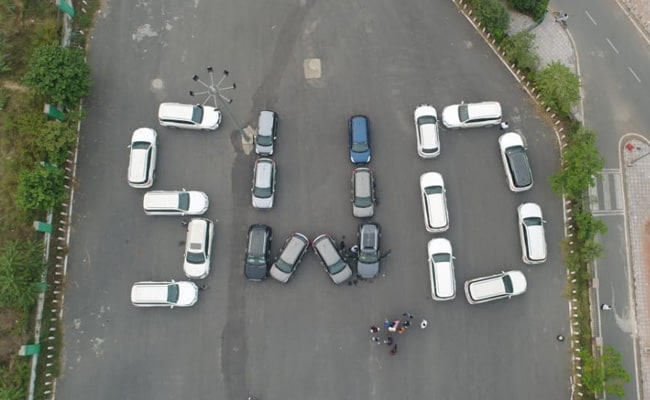 With the recovery of 21 luxury cars, worth over Rs 5 crore, a huge racket being run from Dubai has been busted, the Delhi Police said today, adding that four people have been arrested.

The probe began after a car theft case was filed by a Delhi man.

Cops said the car theft had also affected the man’s four-year-old son who was hugely upset.

As the man got back his stolen car – decorated with balloons – in a heartening gesture by the police, the four-year-old was undoubtedly the happiest member of the family.  “The kid thanked us after the car was brought back to the family,” police officer Abhinendra Jain said.

Visuals showed the boy inside the vehicle with other luxury cars queued around. In a video, the boy is seen holding balloons, and saying, “Thank you Delhi Police!”

Some gang members, involved in this racket, were operating from Manipur, Uttar Pradesh’s Meerut, and Madhya Pradesh’s Indore, police said.

The theft case filed in the national capital had prompted the police to check the CCTV footages which led them to Aabid Amroha, one of the accused.

He has been arrested along with three others: Johnson – a salesman from Manipur, Mohammed Ashraf from Meerut, and Salman from Indore.

The stolen cars, which include 10 Toyota Fortuners, have been recovered from Imphal and Indore.