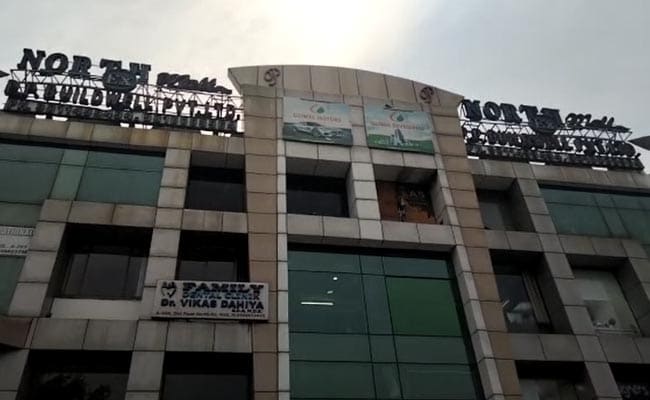 The incident happened at the North Ex Mall in Rohini’s Prashant Vihar area in Delhi.

A 21-year-old woman, working at a bar inside a mall in Delhi’s Rohini, was found dead after falling from the mall’s terrace, the police said.

The incident happened on Saturday at the North Ex Mall in Rohini’s Prashant Vihar area.

The police have filed a case against the owner and staff of the restaurant and bar where the woman used to work, seized CCTV footages from the mall and started an investigation to find out the cause of her death.

The family of the woman, a resident of Nepal, have alleged that she was being forced to dance by the bar owner following which she got angry and jumped off from the rooftop, located on the fourth floor of the mall.

After the police reached the spot upon receiving information, the woman was rushed to the Dr Baba Saheb Ambedkar Hospital in Rohini where she was declared brought dead by the doctors.

The police have sent her body for post-mortem.

According to sources, the police have seized the CCTV camera footage from inside the bar and three to four suspects have been questioned.

Sources said the police are also questioning the family members of the woman to find out the reason behind her death.