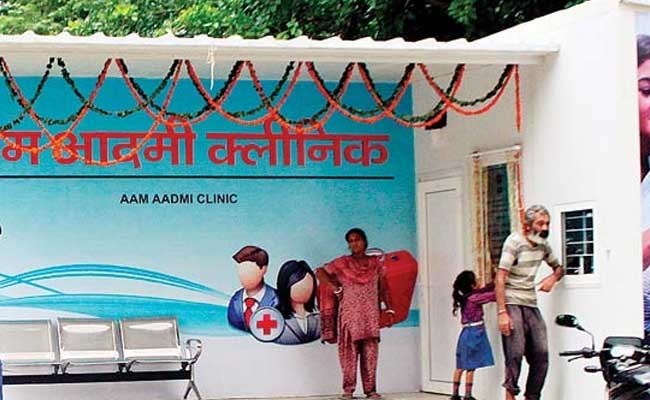 Dextromethorphan is one of the most widely used cough suppressants. (File)

Three children died at the Kalawati Saran Children’s Hospital in Delhi due to drug poisoning after consuming a cough suppressant allegedly prescribed by mohalla clinic doctors, prompting the Delhi government to terminate the services of three doctors and order an inquiry into the matter.

The BJP and the Congress demanded the resignation of Chief Minister Arvind Kejriwal and Health Minister Satyendar Jain over the incident and compensation for the families of the three children.

According to officials, the Centre-run Kalawati Saran Children’s Hospital reported 16 cases of dextromethorphan poisoning among children aged between one and six from June 29 to November 21.

“Most of the children complained of respiratory depression. The three children who died had come in a bad shape,” a senior doctor at the hospital told PTI.

Health Minister Mr Jain said the city government has terminated the services of three doctors over the deaths of children. An inquiry has been ordered into the incident and the guilty won’t be spared.

“Three children died at the Kalawati Saran Hospital due to an adverse drug reaction a few days ago. As soon as we got to know about it, we terminated the services of three doctors and ordered an inquiry. We have also complained about the incident to the Delhi Medical Council,” the minister said.

The Delhi government also set up a four-member inquiry committee on Monday. Chief District Medical Officer (Southeast Delhi) Dr Geeta will head the panel that has been asked to submit a report in seven days, according to an order.

The hospital administration reported the matter to the Union health ministry and the Delhi government on July 1. The ministry initiated an inquiry into the matter in October-end, a senior doctor said.

Dextromethorphan is one of the most widely used cough suppressants. However, it is subject to abuse.

The consumption of high doses of the drug can lead to insomnia, dilated pupils, dizziness, nausea, restlessness, dizziness, shallow breathing and diarrhoea, etc.

On December 7, Dr Sunil Kumar of the Directorate General Health Services, under the Union health ministry, wrote to the Delhi government asking it to stop doctors at dispensaries and mohalla clinics from prescribing dextromethorphan for children aged below 4.

“It is hereby informed that 16 cases of dextromethorphan poisoning were reported in Kalawati Saran Children Hospital, out of which three children have expired. These children were prescribed the dextromethorphan drug by mohalla clinics of Delhi government and the drug is strictly not recommended for paediatric age children,” the letter read.

Delhi BJP president Adesh Gupta said the harsh reality of the “much-publicised world-class mohalla clinics has come out before everyone.” He demanded the resignation of Mr Kejriwal and Mr Jain and compensation for the families of the dead children.

Delhi Congress president Anil Kumar demanded Rs 1 crore compensation for the families of the three children who died and Rs 10 lakh financial help for the 13 other children.