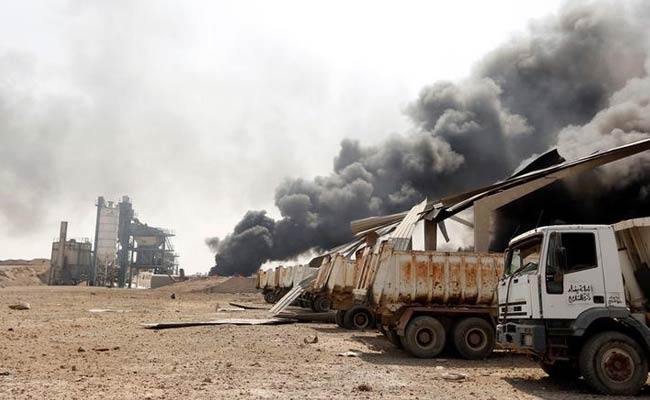 Three rockets on Sunday hit a Baghdad neighbourhood near the high-security Green Zone where the US embassy is located without causing any casualties, an Iraqi security official said.

“Three Katyusha rockets fell in the Mansur district of Baghdad,” the source, who spoke on condition of anonymity, told AFP.

The rockets struck near a Red Crescent hospital, a bank, and the district’s water management department, the source added.

The so-far unclaimed attack, the first to target the Green Zone since two rockets fired on July 29, comes as authorities conduct a recount of votes cast in an October 10 parliamentary election.

Preliminary results show the Conquest Alliance, the political arm of the Hashed al-Shaabi network of pro-Iranian militias, lost ground in the election.

Hashed leaders have vehemently contested the results and several hundred of their supporters staged a sit-in on an avenue leading to the Green Zone this month in protest.

The powerful network is fiercely opposed to the US presence in Iraq.

Its leaders have repeatedly praised the rocket and drone attacks in recent months that have targeted Iraqi military bases housing US troops, without claiming responsibility.

Some 2,500 US troops are still deployed in Iraq. They will officially limit themselves to an “advisory” role to the Iraqi security forces from 2022.