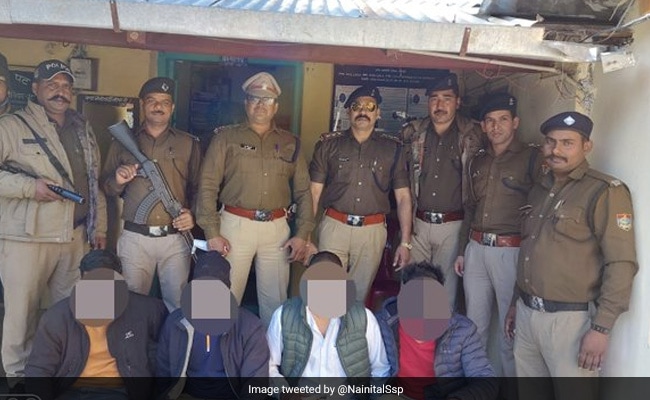 Salman Khurshid house vandalism: Police said a pistol was also recovered from one of the accused.

Days after senior Congress leader Salman Khurshid’s house in Uttarakhand’s Nainital was vandalised, four people were arrested on Thursday in connection with the attack.

Mr Khurshid’s house at Satkol, about 15 km from Nainital, was vandalised on Monday amid the ongoing controversy over his book “Sunrise Over Ayodhya: Nationhood In Our Times” in which he draws a comparison between Hindutva and terror outfits like ISIS.

A 32 bore pistol along with a magazine has also been recovered from one of the accused, he said.

Under the leadership of one Kundan Chilwal, who was also involved in the attack but has not been arrested, the four accused had gone to the house of the Congress leader to burn his effigy and chant slogans, the DIG said.

The accused claimed that they were “harassed” by the caretaker at Mr Khurshid’s residence, following which a squabble broke out leading to vandalism and arson at his property.

They have been booked under different sections of the Indian Penal Code and the Arms Act, Mr Bharne said.

Shouting pro-Hindutva slogans, the attackers burnt an effigy of the Congress leader outside his house under Bhowali police station in Nainital district, besides damaging some glass doors and setting one wooden door on fire.

The family of caretaker Sunder Lal was also threatened. Later, an FIR was registered against one person, who was identified, and 20 unknown people on the basis of a complaint by Sunder Lal.