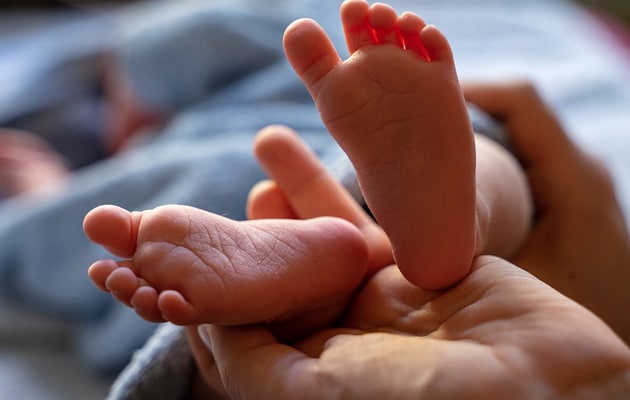 The child was rescued from the house of a lawyer in Delhi. (Representational)

The Delhi Commission for Women has rescued a four-month-old girl, who was allegedly sold by her father when she was only six-day-old, according to a statement.

The commission’s mahila panchayat office at Shahbad Dairy received a complaint from an anonymous source on October 21 that a man had sold his girl child.

The commission immediately formed a team and contacted the Delhi Police. A team of the DCW, along with the Delhi Police, then approached the girl’s mother who lives with her parents.

She informed that she is a patient of epilepsy and when her daughter was born, her husband sold her to a woman named Madhu and went to Ranchi, the statement said.

She also informed that earlier as well, when she gave birth to a daughter, her husband had given away her to a distant relative and their daughter eventually died.

An FIR was registered on the complaint of the DCW.

The Delhi Police interrogated the woman, Madhu, who revealed that she had sold the girl to someone at Panipat in Haryana, the statement said.

Thereafter, the Delhi Police took Madhu to Panipat but the child could not be traced there.

Subsequently, the child was rescued from the house of a lawyer in the Jahangirpuri area of Delhi on October 26.

During the investigation, the lawyer told police that they bought the child through a man named Mahesh and a woman, Meenakshi, from Panipat.

A proper medical examination of the child was conducted and she has been placed in a shelter home. She will be produced before the CWC for further proceedings.

Since no arrests have been made despite the passage of a week, the DCW chief has issued a notice to the Delhi Police, seeking reasons for it, the statement said.

Deputy Commissioner of Police (Outer North) Brijendra Kumar Yadav said an FIR was registered in connection with the matter and the child was safely rescued from the Jahangirpuri area on October 26.