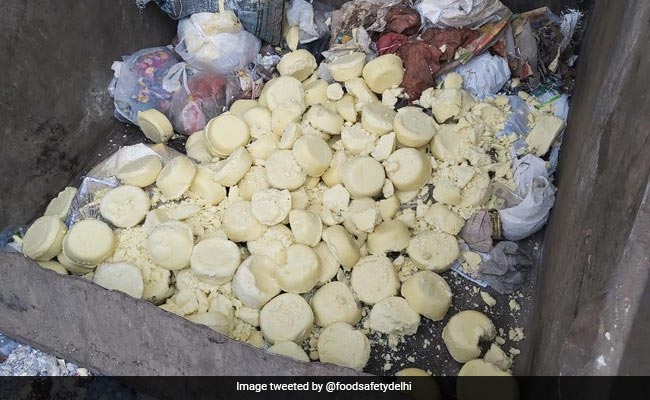 According to officials, surprise checks were conducted by teams of a task force constituted by the Food and Safety Department at Mori Gate khoya Mandi near Kashmere Gate and Sanjay Market near Chandni Chowk here and ”foul quality” khoya was seized.

They said 200 kg khoya was seized from Moro Gate and 500 kg from Sanjay Market.

Khoya is widely used in preparation of a number of sweets. Adulterated, unhygienic and foul smelling khoya is often sold into the market during the festive season.

To ensure there is no adulteration in food materials during Diwali, the Food Safety Department on Thursday formed a special task force to check such practices.

The task force has two teams of officials who have been tasked to gather information about food adulteration practices and crack down on offenders.

These teams are tasked with conducting surprise inspections of wholesale markets and shops to check for the adulteration of food items, specially for the materials used in the festive season such as milk, khoya, paneer, ghee and oil.

The Food and Safety Department has issued a helpline 1800113921 and email ID [email protected] for the public to share information related to food safety, adulteration and non-compliance of norms.