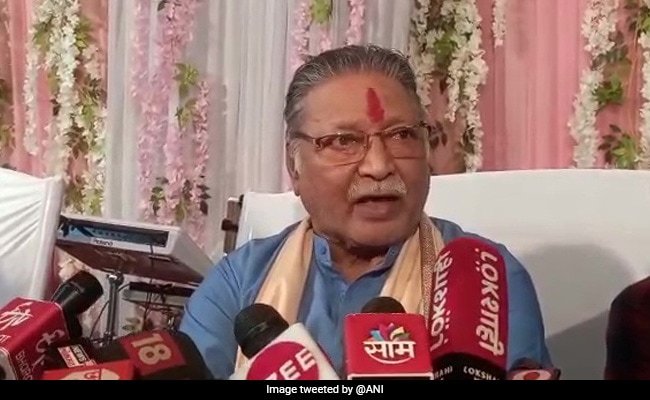 Vikram Gokhale said every political party, including BJP, tries to benefit from controversies.

Veteran Marathi actor Vikram Gokhale on Sunday supported Bollywood actress Kangana Ranaut’s controversial remarks wherein she had said that what India achieved in 1947 was “bheek” (alms) but the country got the real freedom only in 2014 when Narendra Modi became the Prime Minister.

Speaking at a function here in Maharashtra, Vikram Gokhale said what Kangana Ranaut had said was true.

“I agree with Ranaut’s statement. We were given freedom. Many people were just mute spectators when freedom fighters were hanged (during the British Raj). These mute spectators included many senior leaders. They didn’t save the freedom fighters who were fighting against the British,” said Vikram Gokhale, who is known for his roles in Marathi theatre, Bollywood and television.

Gokhale said every political party, including BJP, tries to derive a benefit from controversies.

Replying to a query on the purported communal violence in Tripura and its echo in Amravati and other cities in Maharashtra where incidents of stone-pelting had taken place, the actor said communal riots are a result of vote bank politics. “Every political party plays that (vote bank politics),” he claimed.

Speaking on the political scenario in Maharashtra, Gokhale said former allies Shiv Sena and BJP should come together again for the betterment of the country.

“BJP and Shiv Sena should come together again. I had questioned (opposition leader and former Maharashtra chief minister) Devendra Fadnavis about the possible alliance between the two parties on the condition of sharing the post of CM for equal ears. Both the parties should try to win the people’s confidence. I feel political parties should not deceive people because people can punish them,” he said.

The Shiv Sena heads the tripartite Maha Vikas Aghadi (MVA) government whose other constituents are NCP and Congress.

Gokhale claimed politicians are responsible for the present condition of the Maharashtra State Road Transport Corporation (MSRTC) and Air India.

“I was the brand ambassador of the ST. It is a huge entity which operates over 18,000 buses in Maharashtra,” he added.

Thousands of employees of the MSRTC have been on a strike demanding a merger of the cash-strapped undertaking with the Maharashtra government.