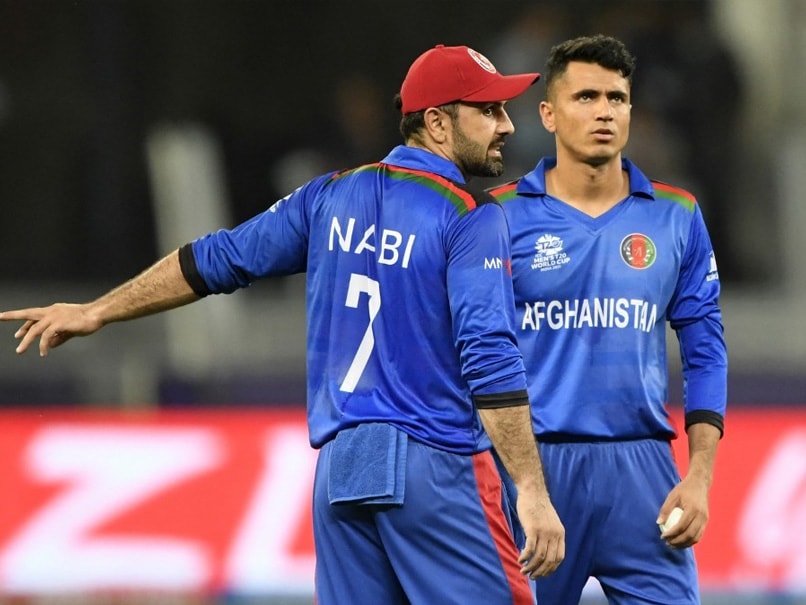 Afghanistan won the toss and skipper Mohammad Nabi opted to bat first against Namibia. Afghanistan would look to shrug off their defeat to Pakistan and return to winning ways when they take on debutants Namibia, who will be eager to continue their dream run in the T20 World Cup, in Abu Dhabi. Afghanistan have proven that they are not a team to be taken lightly. They are armed with a world-class spin attack comprising the likes of Rashid Khan, who has perfected his craft while playing in various T20 leagues around the world, Mujeeb Ur Rahman and skipper Mohammad Nabi. Their prowess has been on display in their first two matches. While they completely bamboozled Scotland in their tournament opener victory, they pushed an in-form Pakistan side to the brink on Friday night. Namibia, on the other hand, have surprised everyone in the tournament. After handing defeats to Netherlands and Ireland in the qualifiers, the team has managed to script a memorable win over Scotland in their first Super 12 game. Namibia’s best shot is by putting runs on the board and capitalise on Afghanistan’s relatively poor pace attack. They also hold the advantage of being familiar with the conditions, having played three games here. (LIVE SCORECARD)