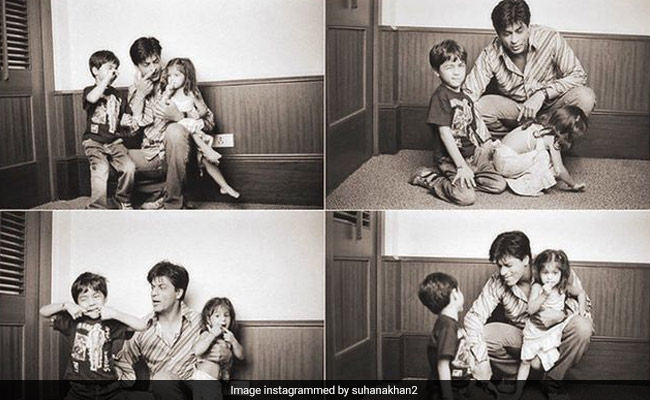 Superstar Shah Rukh Khan’s son Aryan Khan was granted bail by Bombay High Court on Thursday – after being in jail for three weeks – ushering a huge sigh of relief for the family. The 23-year-old’s younger sister Suhana posted a collage of pictures from her childhood and a simple three-worded message: “I Love You”.

The post raked up over 2 lakh likes within one hour.

Aryan Khan is likely to walk out of Mumbai’s Arthur Road jail on Friday or Saturday after the Bombay High Court gives its detailed order in a drugs case that has dominated news headlines and polarised social media in the country.

“The court has granted bail just now and hopefully all the three petitioners will come out of jail tomorrow or on Saturday,” former Attorney General Mukul Rohatgi, who appeared for Aryan Khan, told reporters outside the court in Mumbai.

Aryan Khan, Shah Rukh Khan’s eldest son, was one of several people arrested on October 2 after a raid on a cruise ship sailing off Mumbai’s coastline.

The Narcotic Control Bureau, the central agency that conducted the raid, has alleged that Aryan Khan is a regular user and supplier of drugs.

The actor’s son has denied the charges, contending that no drugs were found on him during the raid, and has found much support on social media through the ordeal.

“Thank god,” said actor R Madhavan in a tweet after the bail order. “As a father I am so relieved.”