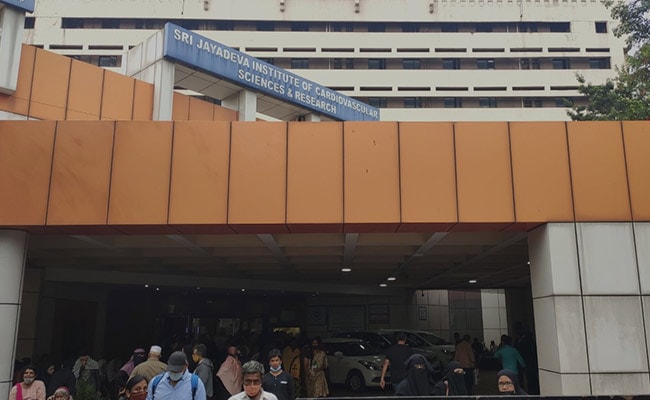 Footfall at cardiac hospitals and centres has increased across Karnataka

The outpatient department of Sri Jayadeva Institute of Cardiovascular Sciences and Research in Bengaluru is crowded with first-time patients who want to know their cardiovascular health.

Narayan, 46, came from Hassan district with his uncle as he feels pain in his chest. He suspects that his heart has developed some ailment. “After Puneeth Rajkumar sir’s death I don’t want to take any chance, so I immediately rushed to this hospital travelling about 180 km from Hassan,” Narayan told NDTV.

Doctors said they have been seeing a sudden rush of patients for heart check-up after megastar Puneeth Rajkumar died of cardiac arrest.

The footfall at almost all cardiac diagnosis and treatment hospitals and centres has increased across Karnataka.

Doctors tried convincing OPD patients that there should be a family history or multiple symptoms for cardiac problems and it’s not an endemic. “The cardiac OPD is up by 20 to 25 per cent in spite of festival season. Mostly younger age people are asking for cardiac evaluation,” said Dr Sudarshan Ballal of Manipal Hospitals.

“Those who have multiple risk factors like family history of heart attacks and those who have hypertension, diabetic, smoking and high stress level, they can be examined and people must understand that the chest pain related to cardiac problems is different,” Dr Manjunath said.

A lot of negativity is also spreading about gyms among youngsters, experts have said. Puneeth Rajkumar had suffered the cardiac arrest immediately after working out at his home gym.

“Now people have the fear that if they go to the gym and do aggressive exercise they may suffer a heart attack. That is not correct. Gym has nothing to do with heart attack,” said D Steve, founder of Steve Gym Bengaluru.

The state government is working on guidelines for gyms. Health Minister Dr K Sudhakar consulted a few top cardiologists including Dr Devi Shetty and Dr Manjunath to draft the guidelines.