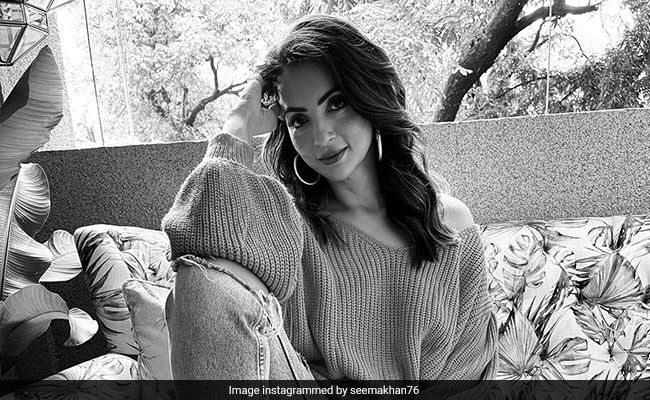 A day after Seema Khan, wife of Bollywood actor-producer Sohail Khan, tested positive for COVID-19, her 10-year-old son was found infected on Wednesday, which prompted the city civic body to seal their floor in their Pali Hill building as a precautionary measure, an official said.

Initially, the Brihanmumbai Municipal Corporation (BMC) sealed the entire building, where Seema Khan and her son reside, although the civic body’s move was questioned since it (sealing a building) can be done only if more than five persons test positive in a high-rise.

As per the rule, if two or more persons test COVID-19 positive in a flat, then that particular residence is sealed. A floor is sealed when up to five persons on that floor test positive, while a building is sealed only if more than five persons are found infected there, the civic official said.

When contacted, Suresh Kakani, additional commissioner of BMC for western suburbs told PTI, “When the first case was detected at the celebrity’s residence, we temporarily sealed the building to ensure that everyone there undergoes RT-PCR. The task before us was to test over 100 residents.” “However, after the swab sample collection got over and as nobody tested positive for the infection, we did not keep the entire building sealed. It was just a matter of few hours during which the building was sealed as a precautionary measure,” he said.

Earlier this week, Kareena Kapoor Khan and Amrita Arora have tested positive for COVID-19 after attending a dinner at producer-director Karan Johar’s residence. Mumbai Mayor Kishori Pednekar had expressed displeasure over the alleged flouting of norms by the celebrities, saying it was not right to be careless when the pandemic has not ended.