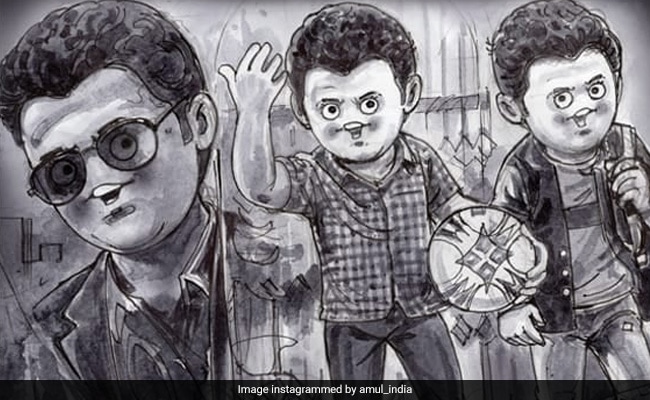 The death of Kannada superstar Puneeth Rajkumar on Friday came as a shock to his legions of fans, friends and well-wishers. Messages and social media posts on the tragic loss continue to flow in from all quarters. But can be there any better way to pay tribute to the actor than celebrate his prolific body of work? Amul decided to do exactly this as they crafted a special topical to pay homage to the “Yuvarathnaa”, a moniker presented to Puneeth Rajkumar by fans and cinema lovers. Late on Saturday, a topical was shared on the official Instagram page of the brand featuring Puneeth Rajkumar in various avatars. The text on the topical said, “Yuvarathnaa for millions” and added, “Puneeth Rajkumar 1975-2021”.

The caption attached to the post said, “Tribute to superstar Kannada actor.” Fans of the late actor flooded the comment section with heart emojis and thanked Amul for the tribute.

Puneeth Rajkumar died in a Bengaluru hospital on Friday after suffering a massive heart attack. The 46-year-old star was working out in a gym when he had a cardiac arrest. He was taken to Vikram Hospital in an “unresponsive” condition.

Puneeth Rajkumar was the son of legendary Kannada actor, Dr Rajkumar and Parvathamma Rajkumar. Named Lohit at birth, Puneeth Rajkumar came to be known as Appu and Yuvarathnaa among fans. The actor’s older brother Shiva Rajkumar is also a celebrated actor.

Puneeth Rajkumar enjoyed a fan following that transcended geographical boundaries. In addition to being an actor, Puneeth Rajkumar was also a singer, producer and television presenter.  He began his acting career when he was just six months old. He also bagged the National Award for Best Child Artist in 1985 for the film Bettada Hoovu. Puneeth Rajkumar donated his eyes like his father, Dr Rajkumar. Dr Rajkumar had also died of a heart attack in 2006.

Actors and fans from all over the country gathered in Bengaluru to pay respects to the superstar on Friday, Saturday and Sunday. The final rites were performed at Sree Kanteerava Studios in Bengaluru today with state honours. Puneeth Rajkumar is survived by his wife Ashwini Revanth and two children.