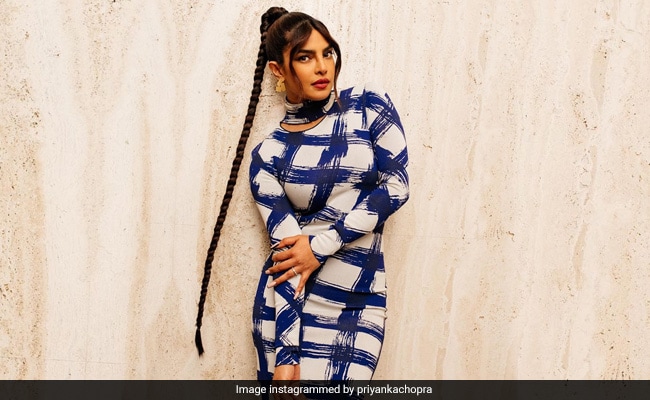 Priyanka Chopra is a busy bee. The actress just wrapped the shoot of her “most intense” project Citadel, and has now started the promotional duties for her forthcoming film – The Matrix Resurrections and how. The actress shared pictures from her promotional diaries. The actress’ character is called Sati in the film. She was dressed in a printed ensemble and she had her hair styled in a long plait, we mean, a very long plait. She captioned the post: “Day one of Matrix press week complete.” She added the hashtag #matrixresurrections to her post. Paris Hilton dropped a fire and a heart-eyed in the comments.

The first Matrix movie of 1999, introduced a futuristic world with a simulated reality known as the ‘Matrix,’ featuring Keanu Reeves as Neo, who was prophesied to be ‘The One.” The Sci-fi franchise The Matrix will return for a fourth film in theatres this year, slated to release on n December 22. The Matrix released to instant acclaim in 1999 and was followed by The Matrix Reloaded and The Matrix Revolutions, both releasing in 2003.