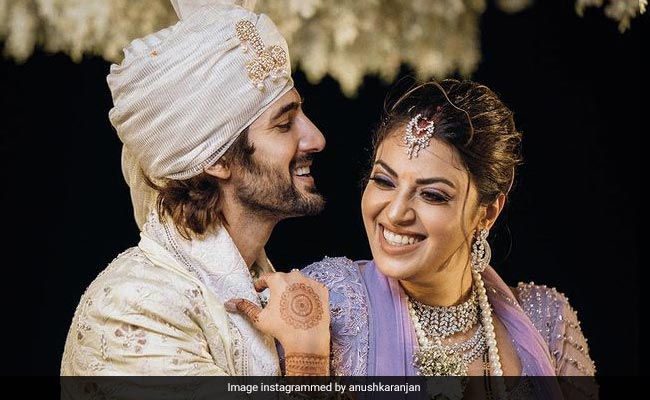 It is the season of weddings in Bollywood and Aditya Seal and Anushka Ranjan are the newest husband and wife in B-town to set some serious goals with their wedding on Sunday. The two actors took their relationship to the next level by tying the knot on November 21 with their friends and family in attendance. On the invite list were some of the biggest stars from Bollywood and the television industry. But all the glitz and glamour aside, it is the freshly dropped set of pictures of the happy couple at their wedding that has left the Internet blushing. In the images shared by Aditya Seal and Anushka Ranjan, the couple only has eyes for one another and the romance in the air is palpable.

While in two of the images the couple is sharing a laugh and hugging, in one image Aditya Seal cannot help but do a victory dance at having married his dream girl. Sharing the heartwarming images, Anushka Ranjan penned a love note that will make you smile. She wrote, “Since the day I’ve known you I haven’t had one dull moment…we have lived a few lifetimes in these 4 years and I cannot believe we’re headed towards forever together.

Addressing Aditya Seal, Anushka Ranjan added, “Adi you’re my smile and you make me so happy… Thank you for choosing me every day and making my fears vanish and making me feel like the luckiest person to walk the earth. Now let’s go live our happily ever after… I guess I did finally get SEALed,” with an infinity emoji.

Wishes poured in from all quarters for the happy couple. Actress Kritika Kamra wrote, “What a gorgeous couple! Many many congratulations you guys!” Krystle D’souza, who is a close friend of the couple and has starred with them in the web series Fittrat, said, “Can’t stop! This is so pure.”

Anushka Ranjan’s sister Akansha Ranjan wrote, “We are all sitting and crying in room 344, stop it.”

Aditya Seal, who is setting husband goals right from Day 1, shared a bunch of pictures from the ceremony. Making it special, he posted not only images of their wedding but also photos from their initial days of courtship. Sharing throwback pictures of the couple dancing and sharing tender moments, Aditya Seal wrote, “From where we started…”

Reacting to this, Anushka Ranjan wrote, “We always been cute I guess.”

Completing the series, Aditya Seal shared pictures from the wedding and wrote, “To where we are. No one else would I have wanted to share my ‘happily ever after’ with.”

To this, Anushka Ranjan said, “Always and forever my love.”

Alia Bhatt, who is a close friend of the Ranjan sisters, also shared a video of the couple getting married. 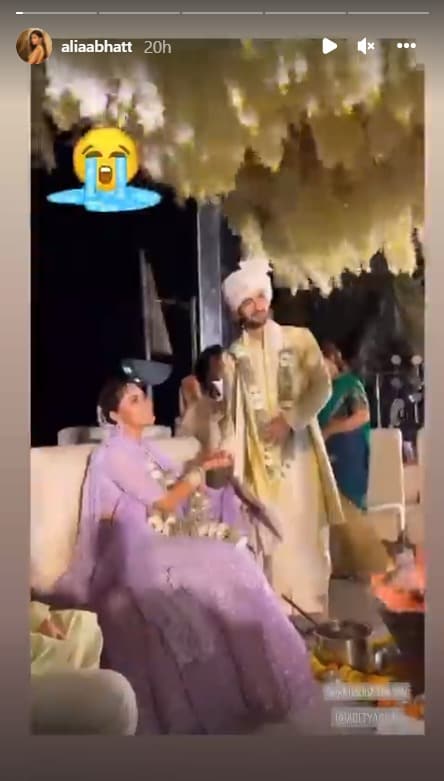 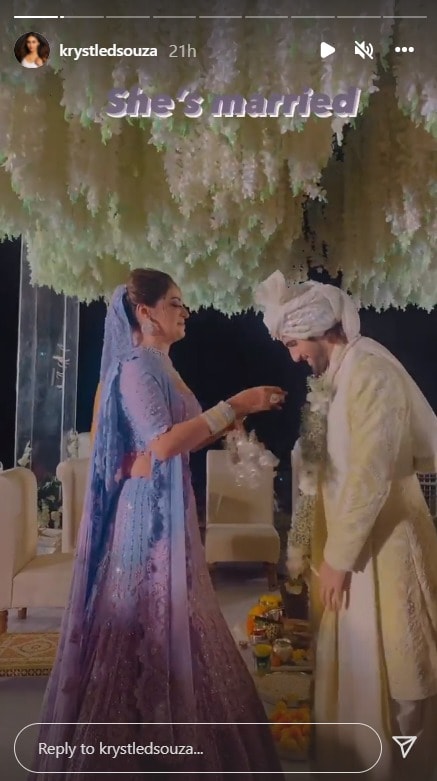 Bhumi Pednekar shared a photo and said, “Congratulations. You both are pure love. Am out of love.”

On the work front, Anushka Ranjan was seen in the films Wedding Pullav and Batti Gul Meter Chalu. Aditya Seal has appeared in films such as Tum Bin 2, Namaste England and Indoo Ki Jawani. The couple has featured together in the web series Fittrat.