The spooky spirit of Halloween seems to have gripped the Indian cricket team. With their second game in the ongoing T20 World Cup against New Zealand coinciding with the ancient Celtic festival on October 31, several members of the team had their own low-key celebrations with their spouses and kids. Giving fans a glimpse of their intimate Halloween party was Bollywood star Anushka Sharma, spouse of Team India skipper Virat Kohli. Anushka shared a few images on Instagram Stories, including a group photo with Virat, Rohit Sharma, his wife Ritika Sajdeh and Ravichandran Ashwin’s wife Prithi along with their children in fancy costumes.

In another photo, India cricketer Ishan Kishan is seen holding with Hardik’s son, Agastya, while posing with the other kids. Anushka captioned the photo, “Happy Halloween from this cute bunch.” 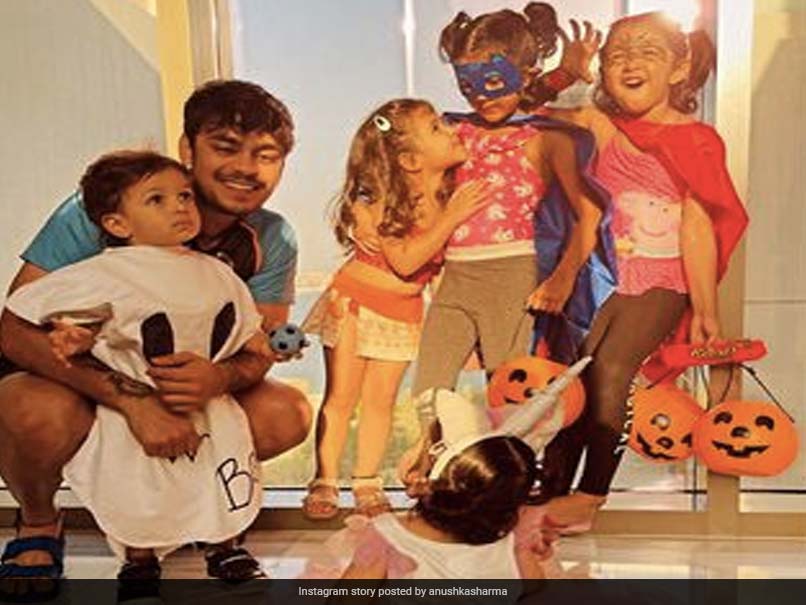 In a third photograph, Vamika, daughter of Anushka and Virat, is seen dressed as a fairy with her face turned away from the camera as she mingles with the other kids. It was one in a series of fun photos originally posted by Prithi on her Instagram handle, and shared by Anushka. 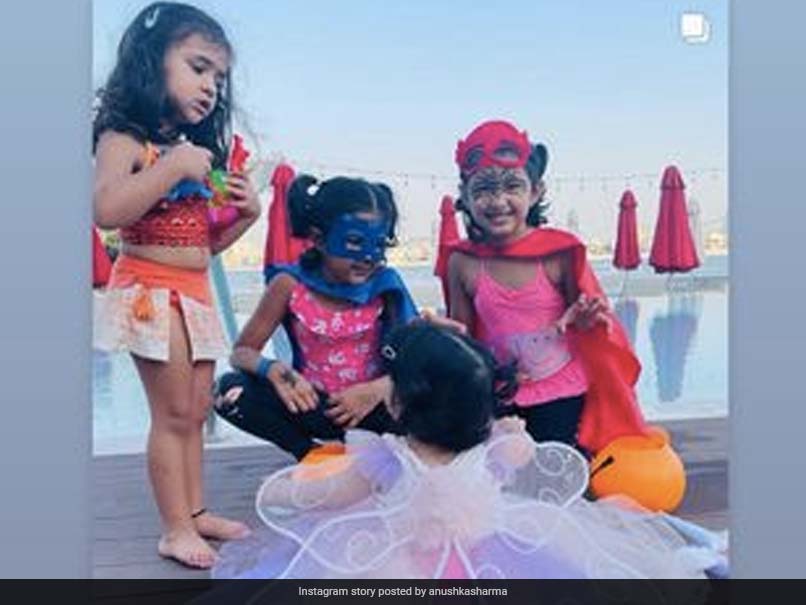 Prithi also shared a bunch of photos and short video clips, giving fans a better insight into Team India’s Halloween party. Cricketer Shreyas Iyer is seen engaging the children in a game of cards while Rishab Pant puts treats into their pumpkin-shaped baskets. In another video, Ishan Kishan and Shardul Thakur elicit laughter from their teammates – Hardik, Rohit and Virat – as well as their families as they attempt a ballroom-style dance.

Not to be left behind, Ritika also shared the fun moment on her Instagram page, although shot from a different angle. On Instagram Stories, she shared a cute family picture with Rohit and daughter Samaira with a ‘Happy Halloween’ sticker. 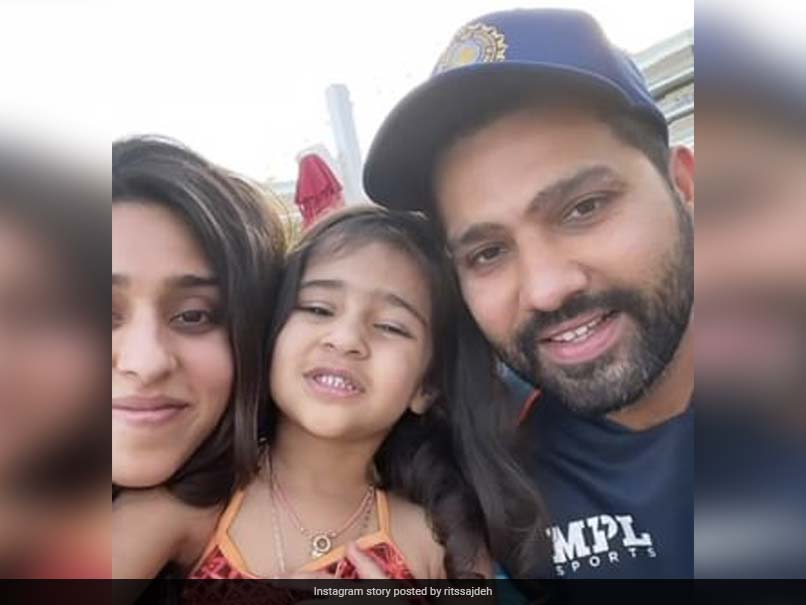 Suryakumar Yadav’s wife Devisha, too, shared a couple of photos with some of the kids with a ‘Trick or Treat’ sticker on one of them. 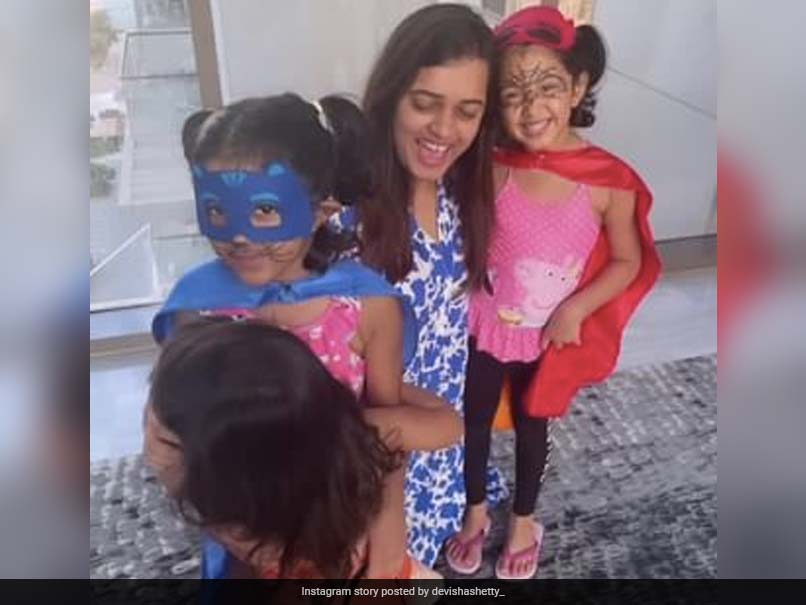 The images are proof that Team India players and their families had quite a fun Halloween party.

This evening, India take on New Zealand in the T20 World Cup, as the team aims to recover from the 10-wicket loss at the hands of Pakistan in their opening game.