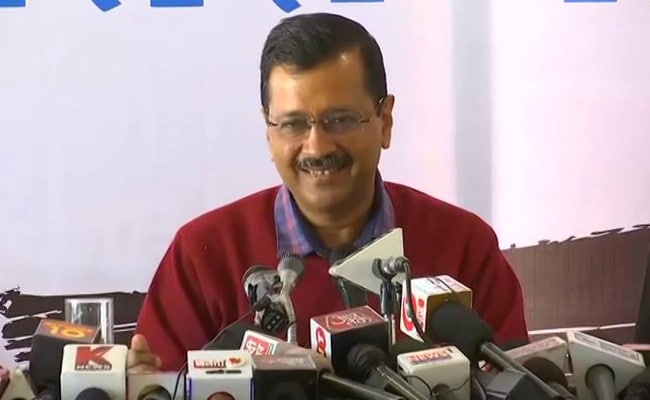 In Uttarakhand, which is warming up to elect its next government in 2022, Arvind Kejriwal today recounted his Delhi feat and made some big promises “for life and afterlife”.

“Humein vote do… hum aapka lok bhi sudhar denge aur parlok bhi… (vote for us, we will improve your life and afterlife),” the 53-year-old Delhi Chief Minister said today as he promised free “teerth yatra” (pilgrimage) for Uttarakhand – popularly known as “the land of Gods” or “Devbhoomi” – if AAP is elected to power.

“I went to Ayodhya recently for Ram Lalla’s darshan. I prayed for the potential to help everyone get an opportunity to visit Ram Lalla. In Delhi, we have already introduced such a scheme. If we are elected here also, we will ensure free travel to Ayodhya. For Muslim brothers, we will arrange travel to Ajmer Sharif, and for Sikh brothers, we will arrange travel to the holy Kartarpur Corridor,” Mr Kejriwal said in a televised address. Free electricity and Employment Guarantee Scheme also figured in his list of poll promises.

AAP is the only party that works for Janta’s real issues:

He also targeted his rivals while raising the poll pitch: “We don’t see ourselves between the BJP and the Congress. We see ourselves among the people. They have only indulged in corruption so far.”

The AAP, which is trying to expand its national footprint ahead of the elections in five states next year, also tweeted pictures of Mr Kejriwal sharing an auto ride.

Recounting his Delhi feat, Mr Kejriwal, addressing the auto and taxi drivers in the state, said: “In 2020 Delhi polls, I had said to not vote for me if I hadn’t worked. Nobody dares to say this before polls. Today I ask you to give us an opportunity, you’ll stop voting for BJP and Congress.”

In the national capital, the auto drivers “consider me as their brother,” the 53-year-old leader said in an emotional appeal while highlighting that his government transferred Rs 150 crore into the accounts of 1.5 lakh auto drivers. “In the entire country, there is no other party that takes care of people like this.”

His party will “bring systematic change, introduce faceless RTO services, give free treatment for accident victims and stop fitness fees,” he promised them.