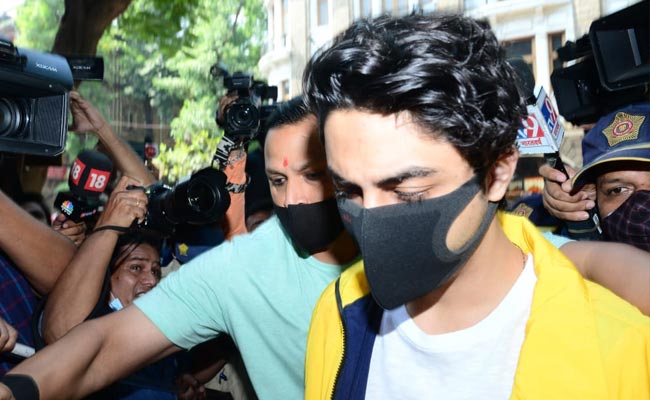 Aryan Khan was arrested by the anti-drugs agency NCB on October 3 and got bail three weeks later.

Aryan Khan, son of megastar Shah Rukh Khan and an accused in the drugs-on-cruise-ship case, will not have to appear at the Mumbai office of the Narcotics Control Bureau every Friday. The relief came today from the Bombay High Court, which scrapped this bail condition.  The court said he has to present himself in Delhi, whenever the Special Investigation Team summoned him.

The 23-year-old had filed an application in the High Court, seeking that this bail condition — one of 14 — be amended.

In his plea, he said during his visit every Friday, he is accosted by the media and has to be accompanied by police personnel. Since the investigation in the case has moved to a Special Investigation Team in Delhi, visits to Mumbai office could be relaxed, he had argued.

Aryan Khan was arrested by the anti-drugs agency on October 3 following a raid on a cruise ship off the Mumbai coast. The agency had accused him of possession, consumption, sale and purchase of banned drugs. He was also accused of conspiracy and abetment.

On October 28 — three weeks after the arrest — he was granted bail by the Bombay High Court, which found multiple holes in the agency’s case against him.

The court said there was no evidence of conspiracy between him, his friend Arbaaz Merchant, and model Munmun Dhamecha to commit drug-related offences.

The court also said nothing objectionable was found in their WhatsApp conversations, which the agency was building its case on. The WhatsApp chats, the NCB had said, were evidence of his involvement in illicit drug dealings.