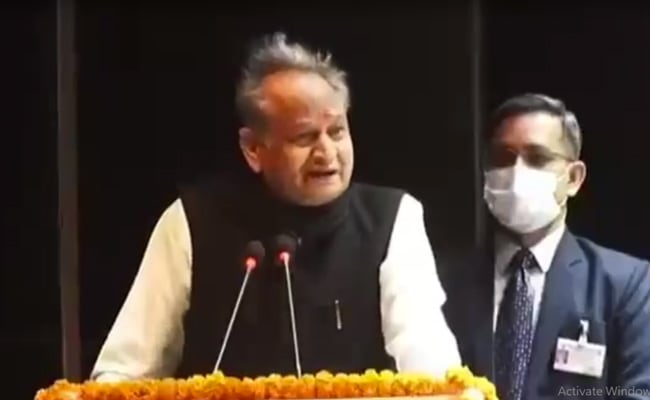 Ashok Gehlot’s cabinet currently has 20 ministers and there is room for another 10.

Rajasthan Chief Minister Ashok Gehlot has called a meeting of his council of ministers this evening where some of them are likely to resign. This might be the last meeting with the present cabinet ministers as the stage is now set for the much-awaited cabinet reshuffle in the state. Sources say the oath ceremony might take place at Raj Bhavan on Sunday.

Three ministers, close confidantes of the CM, have set the ball rolling by offering to resign. They have written to Sonia Gandhi offering to step down from their posts and work for the party. They have already been given organisational responsibilities. Harish Chaudhary, Revenue Minister and MLA from Barmer, has been made the party in charge for Punjab, he was seen as a key figure in steering the Congress in Punjab through the recent political crisis.

Raghu Sharma, MLA from Kekadi in Ajmer, has been made the party in charge for Gujarat – a state where the Congress hopes to revive its flagging political graph.

“Keeping the ‘Ek Pad Ek Vyakti’ discipline of the Congress party, we have given our resignations to party president Sonia Gandhi. I will work as a party worker to see that the people in Rajasthan are getting the benefits of the state government’s schemes,” he said.

The countdown to the cabinet reshuffle had begun with several rounds of meetings between Sachin Pilot and senior leaders in Delhi. Ashok Gehlot also met party leaders, including Congress president Sonia Gandhi.

Half a dozen supporters of Mr Pilot are likely to be included in the cabinet and he himself could be given a larger role in the party outside of Rajasthan.

Mr Gehlot will also include some of the former BSP MLAs who merged with the Congress in Rajasthan, giving it a comfortable majority in the 200-member house.

The CM’s cabinet currently has 21 ministers and there is room for another nine.