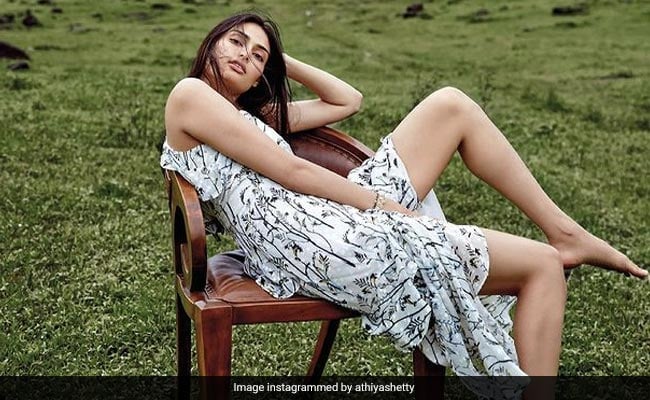 She added: “I always believe if you do not have anything nice to say, just don’t say anything at all. Our words have such an impact on people and our everyday lives. It is important to be kind, how we feel reflects in our every day’s activities.”

Athiya Shetty revealed that she used to be “very conscious” of her physical appearance during her childhood and teenage days but now, she is doing a lot better as she has confidence in herself. Athiya is the daughter of actor Suniel Shetty.

“I do not really deal with them anymore. I used to when I was a child and when I was a teenager. I used to be very conscious of my body, I still am. But I am a lot better because I have confidence in myself today. People don’t know what body shaming is, they believe it concerns people who are overweight and that is not okay as well. People also body shame who are skinny and who might look a certain way. That is incorrect as well,” the actress told ANI.

“Being real is beautiful,” said Athiya and we totally agree with her. The actress told ANI that having flaws is also okay because “being imperfect is your own perfect.” She added: “It’s important to help society understand that not everyone will look the same or be the same. It’s spoken about women more, but all men are also not the same. It’s tough to sometimes be a certain way you should not need to feel that.”

Athiya Shetty made her Bollywood debut with 2015 film Hero, co-starring with newcomer Sooraj Pancholi. Athiya was last seen in Motichoor Chaknachoor, in which she worked with Nawazuddin Siddiqui.