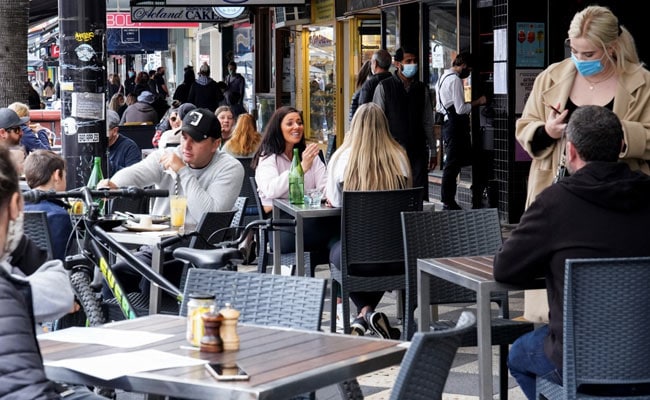 Melbourne, Australia’s second-largest city which has endured nearly nine months of lockdowns since the start of the pandemic, saw people flocking to shops and gigs for the first time in months on Saturday as public health curbs eased.

The city of five million, which re-emerged from its sixth lockdown last week, was reopening further as full vaccination rates across Victoria state, of which Melbourne is capital, was set to reach 80% for those 16 and older.

People queued at malls and boutiques despite cool weather for their first in-person shopping since early August, waiting to be let in as capacity limits were observed, television footage showed.

A crowd of 5,500 were expected to attend the Victoria Derby racehorse on Saturday, the first large event in post-lockdown Melbourne, which was to be followed by a concert for 4,000 fully vaccinated at the Sidney Myer Music Bowl in the evening.

“So please – particularly for those people in their 20s – go out and get vaccinated, that is your best and in fact, your only real protection against the impact of COVID,” Jeroen Weimar, Victoria’s COVID-19 response commander, said.

Neighbouring New Zealand had 160 new cases, most of them in Auckland, which has been battling an outbreak of the Delta variant for months.

Once champions of a COVID-zero strategy of managing the pandemic, both Australia and New Zealand have been moving towards living with the virus through extensive vaccinations, as the Delta variant has proven too transmissible to suppress.

As of Saturday, 74% of eligible people in New Zealand were fully vaccinated and 76.8% of those 16 and older in Australia.