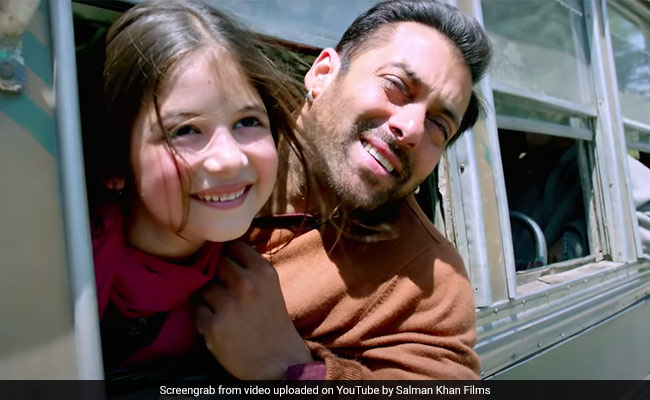 Salman Khan in a still from Bajrangi Bhaijaan. (courtesy: YouTube)

A quick glance through Twitter’s list today, shows #BajrangiBhaijaan as a top trend. In case you are wondering why, we are here to help. The popular 2015 film is all set to get a second installment, the film’s lead actor Salman Khan confirmed during an event, reported news agency PTI on Monday. Salman Khan, who was present during the promotional event of SS Rajamouli’s RRR, was asked by filmmaker Karan Johar if he is confirming a sequel of Bajrangi Bhaijaan is on the cards, to which the actor replied, “Yes, but now the focus should be on RRR,” said Salman Khan, PTI reported.

During the media interaction, Salman Khan added, “I have a strong relationship with Rajamouli and his father, as he wrote Bajrangi Bhaijaan and soon we will be working together again for Bajrangi Bhaijaan 2,” PTI reported.

In Bajrangi Bhaijaan, Salman Khan played the role of Pawan aka Bajrangi, who vows to take Munni (played by Harshaali Malhotra) to her home in Pakistan.

Bajrangi Bhaijaan released in India in 2015. Besides India, the film also had a release in China. The film opened across 8,000 screens in China in the year 2018. The film’s business in India was Rs 320 crore. The film was equally adept at impressing the critics.

(With inputs from PTI)