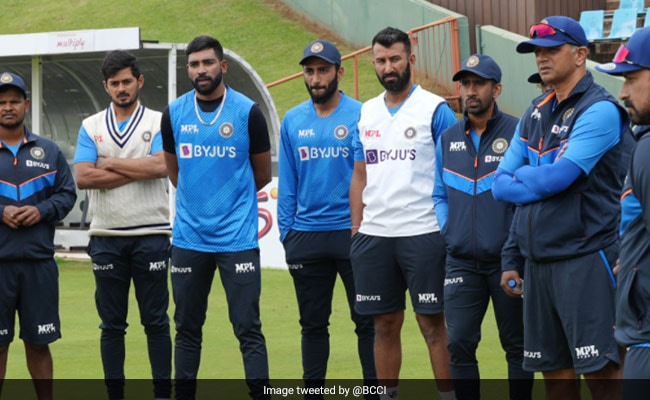 Indian cricketers during their training session in South Africa

Team India began their preparations for the upcoming three-match Test series in South Africa. The Virat Kohli-led Indian Test side competed their first training session in Centurion on Saturday ahead of the series-opening Boxing Day Test on December 26 at the SuperSport Park. The Board of Control for Cricket in India (BCCI) shared multiple photographs in a series of tweets to give the fans glimpse of India’s training session. “#TeamIndia begin preparations for the first Test in Centurion First practice session done,” wrote the BCCI with the photos.

#TeamIndia begin preparations for the first Test in Centurion ?️??

The Indian team is missing a few key players like Rohit and Ravindra Jadeja and Shubman Gill – all ruled out due to injuries – and have the likes of Cheteshwar Pujara, Rahane and also captain Kohli who are not in the best of forms but they have shown in their last two away tours in England and Australia that they know how to bounce back against all odds.

The record is not in India’s favour. They are yet to win a Test series in South Africa but considering India’s bowling attack, their recent overseas record and South Africa’s not so menacing Test squad, many believe this might be the best opportunity for the visitors to win their maiden series.

India are slated to play three Tests followed by as many ODIs in South Africa.