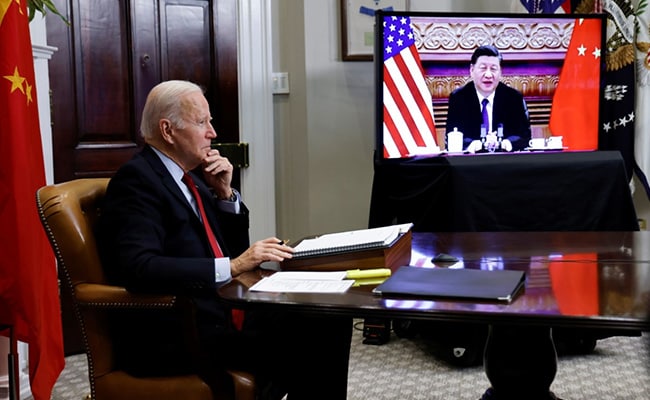 Joe Biden told Xi Jinping that he has “concerns” over human rights abuses.

President Joe Biden told his Chinese counterpart Xi Jinping on Monday that he has “concerns” over human rights abuses and also warned against “unliteral” moves to change the status of Taiwan, the White House said.

“President Biden raised concerns about the PRC’s (Chinese communist party) practices in Xinjiang, Tibet, and Hong Kong, as well as human rights more broadly,” the White House said in a readout after the virtual Biden-Xi summit.

“On Taiwan, President Biden underscored that the United States… strongly opposes unilateral efforts to change the status quo or undermine peace and stability across the Taiwan Strait.”

The video-link summit, which took place late Monday in Washington and early Tuesday in Beijing, lasted a “longer than expected” three and a half hours, a senior US official told reporters. “The conversation was respectful and straightforward.”

While the goal was to settle an increasingly volatile relationship between the giant economic and geopolitical competitors, tension over Taiwan — a self-governing democracy claimed by China — loomed large.

The two leaders have spoken by phone twice since Biden’s inauguration in January but with Xi refusing to travel abroad because of the pandemic, an online video meeting was the only option short of an in-person summit.