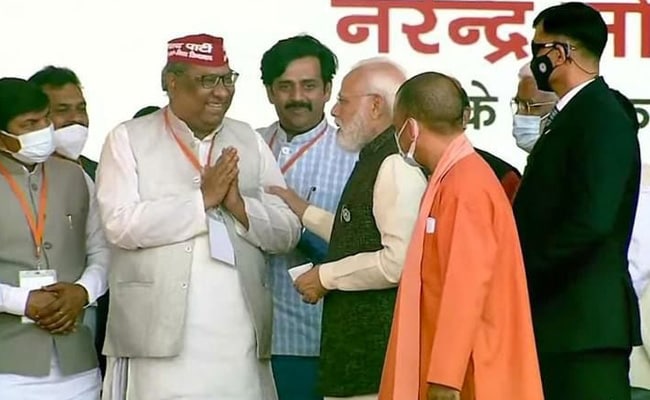 The Nishad Party tied up an alliance with the BJP before the 2019 Lok Sabha polls.

Home Minister Amit Shah and Uttar Pradesh Chief Minister Yogi Adityanath will lead the BJP’s first big joint rally with an ally in Uttar Pradesh, ahead of the state elections next year.

The rally comes a day after former Chief Minister and Samajwadi Party chief Akhilesh Yadav – with an eye on the UP polls – patched up with estranged uncle Shivpal Yadav to firm up yet another election alliance.

Today’s rally in Lucknow has been organised by Dr Sanjay Nishad of the Nishad Party, which has been a BJP ally since the 2019 Lok Sabha polls.

The Nishad Party, founded in 2016, has pockets of influence in eastern UP particularly among riverine communities like Nishads and Mallahs.

The party first shot to prominence when in a 2018 Lok Sabha bypoll in Gorakhpur – Yogi Adityanath’s home turf – Praveen Nishad, the son of the Nishad Party founder, stunned the BJP by winning the seat on a Samajwadi Party symbol, and with informal support from Mayawati’s BSP.

The victory laid the foundation for the SP-BSP alliance in Uttar Pradesh.

Just a year later, however, the Nishad Party switched sides to the BJP. Mr Nishad, the giant killer in Gorakhpur, was given a ticket by the BJP neighboring Sant Kabir Nagar and he won.

At the Lucknow rally, Home Minister Amit Shah is expected to make a commitment to a long-standing demand from the Nishad Party to include the Nishads – currently part of the OBC community – in the list of Scheduled Castes to enable them to get higher quota benefits.

Previous such moves by various governments- from Yogi Adityanath to Akhilesh Yadav to even his father Mulayam Singh Yadav – to move 17 OBCs to the SC list have failed either because of legal wranglings or bureaucratic hurdles.

Together, these communities – from Nishads to Mallahs to mud artisans like Kumhars – make up over 10 percent of the state population.

Akhilesh Yadav, whose rallies have been increasingly witnessing swelling crowds, has been interested in bringing as many smaller parties on board as possible.

The BJP has alliances so far with the Nishad Party, the Apna Dal faction headed by Union Minister Anupriya Patel, and the ‘hissedari morcha’ – a group of seven small OBC specific eastern UP parties.