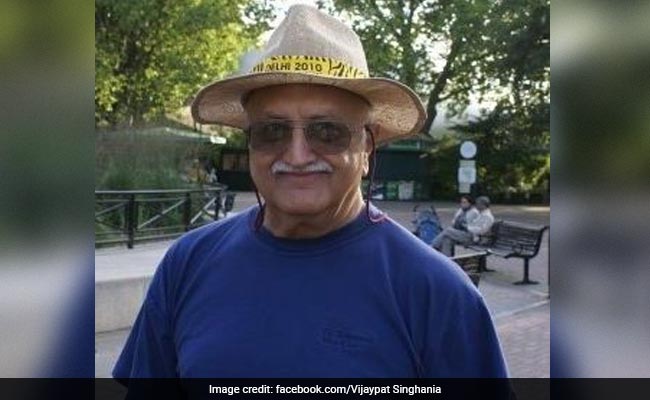 Vijaypat Singhania, 83, former chairperson of the Raymond Group, is embroiled in a legal battle with his estranged son Gautam Singhania and the Raymond Company over the release of the book.

In 2019, Raymond Ltd and its chairman Gautam Singhania had filed suits in a Thane district sessions court and a civil court in Mumbai, seeking injunction against the book claiming its contents were defamatory.

In April 2019, the Thane court had granted an injunction on the release of the book.

On Thursday, a vacation bench of Justice SP Tavade heard Raymond’s plea and passed an order restraining further sale, distribution and circulation of the book.

The company sought the HC to restrain the publishers, Macmillan Publishers Pvt Ltd, from further distributing, selling or making available the book.

The petition, filed through advocates Kartik Nayar, Rishab Kumar and Krish Kalra, claimed Vijaypat Singhania and the publishers had breached an April 2019 order issued by the sessions court in Thane district by which an injunction was issued on release of the autobiography.

“The high court and the Thane sessions court had passed several orders between February 2019 and April 2019 restraining Vijaypat Singhania from publishing or releasing his autobiography,” Mr Nayar said.

“However, the respondents (Vijaypat Singhania and publishers) in wilful disregard to the orders have already published the book titled ‘An Incomplete Life’ and put it for sale in the market,” he said.

The petition said they had to approach the high court directly as the Thane sessions court was shut for Diwali vacation.

Justice Tavade, after hearing the matter, passed an order restraining Vijaypat Singhania and the publishers from selling, circulating or distributing the book.

As per the company’s petition, the autobiography infringes upon its right to privacy, defames the firm and also discusses its business operations and other confidential information.

“The book is also believed to be containing information and details about the confidential arbitration proceedings and other legal proceedings that are on-going between the petitioner’s (Raymond) chairman Gautam Singhania and Vijaypat Singhania,” the plea said.