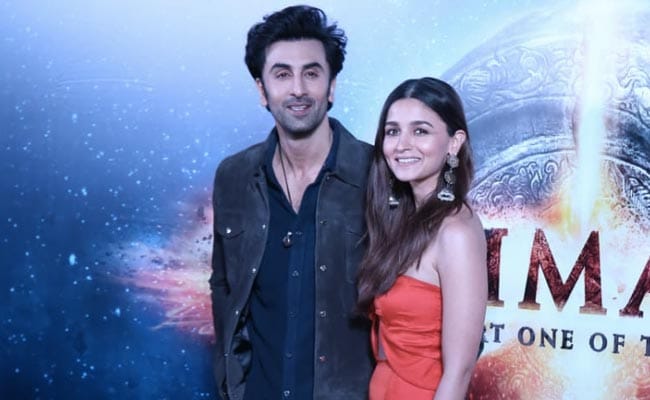 The never-ending discussion about Alia Bhatt and Ranbir Kapoor’s wedding made its way to Brahmastra motion poster launch event in New Delhi on Wednesday as well, where the actor finally asked the million-dollar question to Alia: “Humari shaadi kab hogi?” Alia and Ranbir unveiled the actor’s first look from their first film together Brahmastra at the film’s fan launch event yesterday but it was their adorable PDA that stole the show. The duo were answering fan questions during a Q&A session at the event when Ranbir read a question by a fan: “When will you marry Alia or someone else?” The actor smiled and replied: “Haven’t we seen a lot of people getting married in the last one year? I think we should be happy with that.”

He then turned towards Alia and asked in his usual tongue-in-cheek manner: “Humari kab hogi?” leaving the actress blushing. She replied: “Why are you asking me?” to which Ranbir jokingly said he was asking Ayan Mukerji, who has directed Brahmastra.

ICYDK, Ranbir Kapoor and Alia Bhatt were planning to get married last year when they had to postpone their plans due to the coronavirus pandemic.

This time last year, Ranbir Kapoor opened up about his wedding plans with Alia Bhatt in an interview. He told film critic Rajeev Masand: “It (the wedding) would have already been sealed if the pandemic hadn’t hit our lives. But I don’t want to jinx it by saying anything. I want to tick mark that goal soon in my life.”

Some unverified media reports stated that the couple will get married this month but neither the stars nor their family has confirmed the rumour yet.