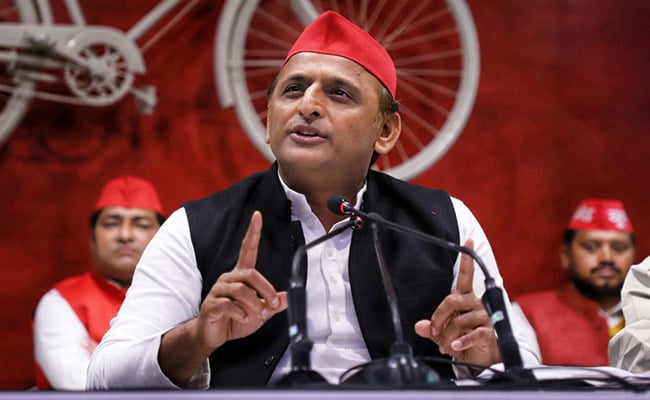 The Samajwadi Party has promised to complete building the Ram temple in Uttar Pradesh’s Ayodhya much earlier than the BJP if it comes to power in the country’s most populous state, which votes in seven phases starting February 10. The BJP responded saying it is challenging Samajwadi Party chief Akhilesh Yadav to announce he would build a temple in Lord Krishna’s birthplace in Mathura.

Samajwadi Party MP Ram Gopal Yadav in the Rajya Sabha today responded to a swipe at party chief Akhilesh Yadav by BJP’s Amit Shah over “stopping the temple”, a line of attack that the BJP has been using in UP to allude that Samajwadi Party prefers to work for Muslims.

“The Home Minister said in Chitrakoot that no matter how hard Akhilesh Yadav tries, he cannot stop the temple work. But who is stopping temple work?” Ram Gopal Yadav said today.

With the allegations of stealing from the temple, the Samajwadi Party MP drew attention to their earlier stand that a fraudulent land deal had taken place with the connivance of local BJP leaders and some Ram Mandir Trust members in Ayodha.

The Samajwadi Party has alleged that a property located next to the Ram Janmabhoomi site was traded at a multi-fold markup and its price went from Rs 2 crore to over Rs 18 crore in a matter of minutes when the deal was signed.

The temple trust has dismissed the allegations.

In yet more attacks on the ruling BJP in UP, Ram Gopal Yadav said both Mr Shah and Chief Minister Yogi Adityanath have been using “unparliamentary language. “If you call Akhilesh Yadav a goon, would the community vote for you?” he said.

“It is a matter of great concern if the leaders sitting in high positions try to cause riots in Uttar Pradesh. Every day, leaders reach Saharanpur and Deoband and make inflammatory speeches,” Ram Gopal Yadav said.

Union Minister Shandilya Giriraj Singh hit back at Ram Gopal Yadav over his comments that BJP leaders have been trying to communalise the UP election campaign.