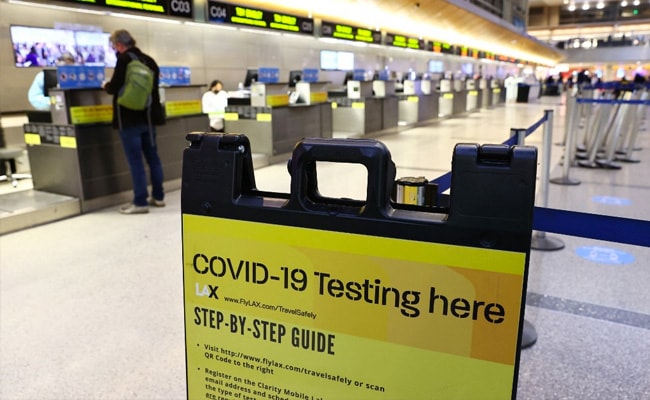 “Travelling Canadians could contract the virus or get stranded abroad,” Minister said. (File)

The Canadian government on Wednesday urged citizens to avoid foreign travel over the Christmas holidays, saying the Omicron variant of Covid “makes us fear the worst,” including soaring infections and travel disruptions.

The travel advisory will be re-evaluated in four weeks, but public health restrictions could be imposed in the interim if the pandemic situation worsens, officials told a news conference.

“Those who are planning to travel, I say very clearly: Now is not the time to travel. The rapid spread of the Covid variant on the global scale makes us fear the worst,” he said.

“Travelling Canadians could contract the virus or get stranded abroad.”

At an emergency meeting late Tuesday, Prime Minister Justin Trudeau had proposed closing the border, but the measure was roundly rejected by provincial leaders, a source told AFP.

Duclos said Covid testing of travellers at Canadian airports would be increased and other public health measures would be rolled out in the coming days.

“There will certainly be other public health measures (coming), because the situation will continue to evolve,” Duclos said.

“The epidemiological situation is changing rapidly. The information currently available suggests a significant resurgence of infections, even without taking into account the new Omicron variant,” he said.

Last year around this time, all arriving travellers to Canada were required to quarantine for 14 days.

The World Health Organization warned Tuesday that Omicron variant cases were multiplying at breakneck speeds and urged quick actions by countries to try to slow its spread.

As of Wednesday, there were 40,000 active Covid cases in Canada, and at least 4,500 new infections reported by public health authorities.