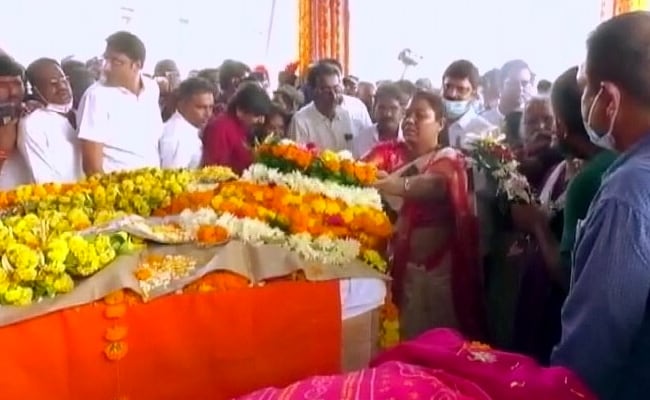 Thousands gathered at the Ramlila Maidan in Chhattisgarh’s Raigarh to bid a teary farewell to martyr Colonel Viplav Tripathi. The commanding officer of the Khuga Battalion of Assam Rifles was killed along his wife Anuja, 6-year-old son Abir Tripathy, and four other soldiers, in an ambush by terrorists near the India-Myanmar border in Manipur on Saturday.

Raigarh town was closed as a mark of respect to the 41-year-old Colonel. The final rites are to be held with full military and state honours.

Viplav Tripathi’s father, Subhas Tripathi, is the owner-editor of a Hindi daily at Raigarh. His parents had spent Diwali with their son and family at Manipur.

“He was a very soft-spoken and humble person… people would not think he could be in such a commanding position in the army,” Viplav Tripathi’s uncle told journalists.

Saturday’s terror attack — one of the deadliest in the region in recent times — took place in Manipur’s Churachandpur district. Colonel Tripathi was on his way back from a forward camp when his convoy was ambushed.Sources said it started with a blast of an Improvised Explosive device or IED, and then heavy firing started from both sides of the road.

Colonel Tripathi’s younger brother Anay Tripathi is a Lieutenant Colonel in the army.