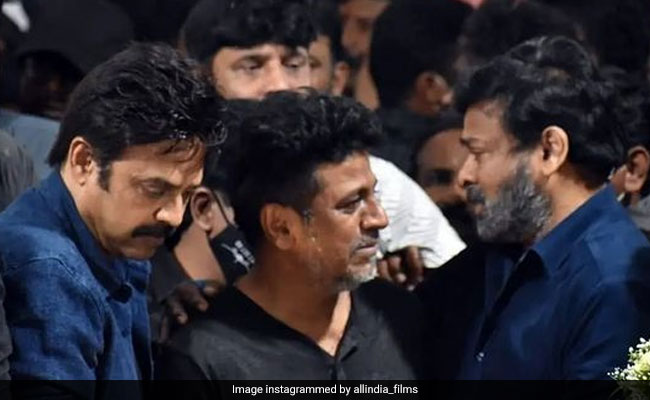 Here are the actors who paid final tribute to Puneeth Rajkumar:

Karnataka CM Basavaraj Bommai, in Bengaluru, told news agency ANI: “It was a personal bonding with the entire family and more so with ‘Appu’. I had seen him as a boy. We had relations since those days. Therefore I am giving him a final salute. Certainly, I was emotional.”

It’s a personal loss to me. We have lost a very great talent: Karnataka CM Basavaraj Bommai, in Bengaluru#PuneethRajkumarhttps://t.co/VEV84pnAMO

Puneeth Rajkumar died on Friday. He was 46. Fondly called by his loved ones and fans as “Appu,” the actor died at Bengaluru’s Vikram Hospital, where he was taken after he had a heart attack while working out in a gym. Puneeth Rajkumar was the son of veteran actor Rajkumar. The actor, who was the star of films like Mourya, Arasu, Raam and Anjani Putra, is survived by wife Ashwini Revanth and has two children.