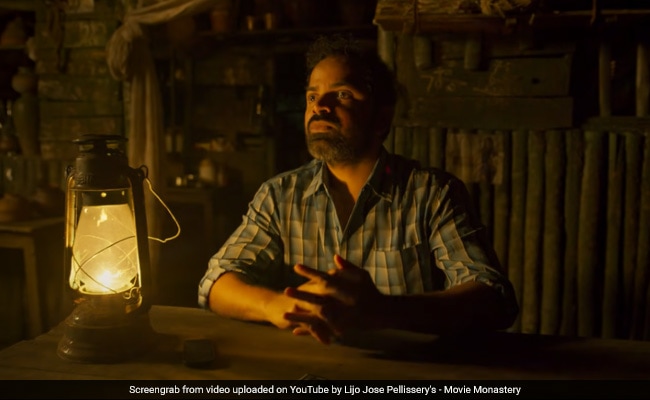 Churuli: A still from the film. (Image courtesy: YouTube)

In Churuli, Lijo Jose Pellissery’s new Malayalam film streaming on SonyLIV following its international premiere earlier this month at the 34th Tokyo International Film Festival, the director makes a radical departure from his last three films. He embarks on a cinematic journey with a map that has no boundaries. It takes him away from the crowded, tangible, familiar community spaces of Angamaly Diaries, Ee.Ma.Yau and Jallikkattu and into a world of mysteries.

He explored power and human aspirations in the pulsating Angamaly Diaries, death and grief in the funereal Ee.Ma.Yau and masculinity and its manifestations in the unbridled Jallikkattu, all of it in a manner that was rooted in the here and now. In Churuli, however, Pellissery steers clear of the certitudes of life – are there any? – and conceals far more than he reveals. The film deals with happenings that are otherworldly, that are beyond life and death, beyond quests and discoveries, beyond comprehension and contradictions.

How much one takes away from the conundrums at the heart of Churuli depends almost entirely on how willing one is to dive into the maze of stimulations and befuddlements that the film is. Cinematographer Madhu Neelakandan composes striking visuals that evoke a range of perceptions and emotions, while the sound design by Renganaath Ravee creates a low-key, meditative ambience far removed from the more insistent soundscapes of Pellissery’s films of the immediate past.

On one level, Churuli tries to approximate through a synthesis of sound, image and conflicting emotions mankind’s ceaseless attempts to understand the flow of time. There is as much magic in these forays into the unknown as there is a complete, even disorienting, negation of clarity. On another level, Pellissery tells a perfectly lucid story of two men condemned to repeating the very acts that they have been deployed to stamp out. Only, they find themselves in a place where the inhabitants and the passage of time do not follow familiar rhythms.

The mysterious occurrences in a sparsely populated village up in the misty hills are interspersed with elements steeped in science fiction. The unfathomable and the commonplace, which is denoted by a toddy shop where the men of the village while away their time drinking and bickering, sit in perfect harmony with each other in this setting.

Opening with a card with lines of a poem by Kalpatta Narayanan in which the ‘Lord of Time’ is likened to a cat that gives a doomed mouse in its grip the hope that it has a chance of being spared, the film leads us into a short animation segment in which a woman (voiced by Geethi Sangeetha, who also has a role in the film) narrates a story of a monk who goes into a forest to look for a phantom and ends up perpetually wandering through the maze, carrying an anteater on his head.

Churuli is indeed about a search without end, about the movement of time in concentric circles. Two undercover cops, an assistant sub-inspector (Chemban Vinod Jose in his third successive major role in a Pellissery film) and a constable (Vinay Forrt), travel to the remote mountain village to hunt for a fugitive named Mayiladumparambil Joy.

The former calls himself Antony, the latter becomes Shajivan. The woman’s narration about the monk, the phantom and anteater is, intriguingly, addressed to a man who bears the same name. Reality and fantasy intermingle.

The bus carrying the policemen makes its way up a winding road through a dense jungle that mirrors the one that we see in the spoken prelude about the monk who got lost in the woods. This path and a subsequent ride on a rickety jeep – the only mode of transport here – across a narrow, decrepit bridge that creaks under the weight of the vehicle anticipates what is in store for the duo.

Once the driver and the co-passengers, silent and benign to begin with, cross the bridge, they suddenly turn aggressive and cuss words begin to fly thick and fast. But Antony, who must guard his real identity, has to take the abuse lying down. “Undercover policemen,” Antony says to Shajivan in an earlier scene, “are like mongrels in a fish market. Nobody notices them but they notice everything.”

But do Antony and Shajivan really notice everything that is going on in this disarmingly idyllic but ominously strange place? They don’t. Or maybe they notice without understanding. There is something in the air here that isn’t quite right and it is beyond Antony and Shajivan’s powers to grasp what exactly it could be.

Antony and Shajivan pose as daily wage workers who have arrived in Churuli to dig pits in a rubber plantation for a man (Joju George) who, they are told, is away from the village. Waiting for his return and hoping to find the fugitive soon, the two cops rent a place in a toddy shop and pay the manager (Jaffar Idukki) by serving the customers and tidying up the place.

“This isn’t an ordinary land,” the toddy shop manager tells them. Shajivan, who is in the habit of wandering around in the jungle, finds out for himself why and how. But he is none the wiser despite all the encounters that he has during his peregrinations. They only leave him increasingly perplexed. All that he can sense in a muddied sort of way is that the forest is a like snake lying coiled up and still.

Antony keeps reminding Shajivan about the need to remain incognito but never stops telling him who the boss is. They aren’t the only ones, every single person in Churuli has something to hide. The film, in keeping with its chosen stratagem, thrives on following its own uncompromising logic and vision.

The twists and reveals that it keeps for the very end are, like everything else in Churuli, stuck in the penumbra between light and darkness, between the tantalising possibility of stumbling upon what is one looking for and the real risk of being caught in a never-ending spiral.

In a sense, the hypnotic and redolent Churuli addresses the thematic concerns that are central to Ee.Ma.Yau and Jallikkattu but does so in a way that sets it free from the regular, established rules of engagement with an audience. In terms of methods and meanings, Churuli is a flight of whimsy that seduces and stumps in equal measure.