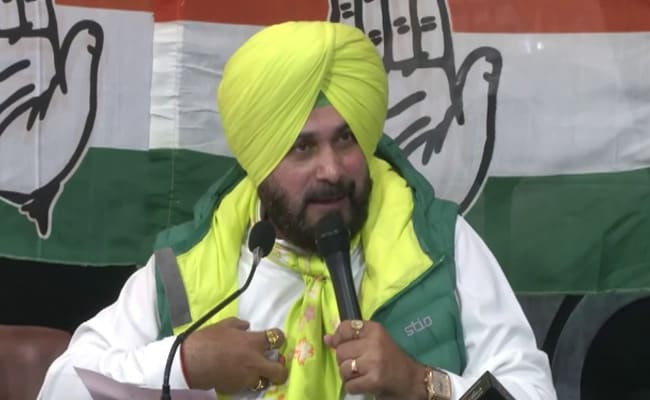 Navjot Sidhu said the criteria of the candidates for Punjab polls will be winnability. (File)

Winnability will be the only criteria for the selection of candidates for the Punjab Assembly polls and being an MLA does not guarantee candidature, said Punjab Congress chief Navjot Singh Sidhu on Tuesday as he resumed the charge at the party’s state office in Chandigarh.

Mr Sidhu had earlier put a precondition that he would resume the charge the day a new advocate general was appointed and a panel for the appointment of a new director general of police came from the UPSC.

Mr Sidhu had earlier resigned as the Punjab Congress chief, objecting to the appointments. The Punjab government had earlier this month accepted the resignation of Advocate General A P S Deol.

He told reporters that a list of district Congress committee presidents will also be released soon and asserted that the party was united.

Mr Sidhu said the criteria of the candidates for the upcoming elections will be winnability.

“We will not compromise on the criteria,” said Mr Sidhu while stating that it would not be a guarantee that once a person had become an MLA, he would be getting the ticket again for contesting the polls.

“The party will decide, surveys will be done, high command will decide. We have a very good democratic system which will decide about the candidates but the criteria is merit,” asserted Mr Sidhu.

To a question on an alliance with any party for the polls, Mr Chaudhary said at this point of time, there were no talks on alliance.

He, however, said the party was open to like-minded parties which have vision to take Punjab and ‘Punjabiyat’ forward.

To a question on going with Chief Minister face in the elections, Mr Chaudhary evaded a clear reply but said for them, every person of Punjab is the chief ministerial face.

He again pitched for raising the state’s income for spending on development works rather than depending upon the debt.

Stressing that becoming self-reliant was a key in the state’s progress, he said Punjab has to be put back on its feet in terms of financial position.

“Punjab has to be taken out of the debt cycle,” he said.

Mr Sidhu said the party would come out with a concrete plan to bail out Punjab from a precarious situation.

“Opportunities will have to be created by generating income,” he said.

Replying to a question, Mr Sidhu stressed on giving results to people, saying they will judge leaders only on the basis of performance.

Mr Sidhu apparently called himself and Mr Channi as two wheels of a “rath” (chariot), stressing that it cannot be driven with either of the wheels missing.