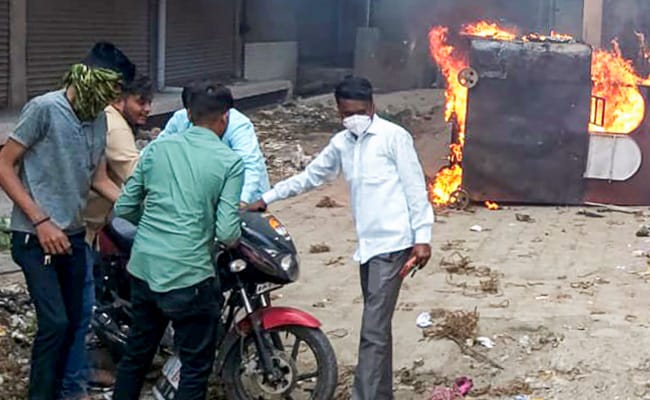 The curfew was expanded on Sunday to include four more towns on Sunday.

The curfew in Maharashtra’s Amravati city was expanded on Sunday to include four more towns in the district after local BJP leaders staged a protest during a bandh, police said.

Meanwhile, a total of 50 people were arrested by the police in connection with back-to-back incidents of stone-pelting that took place in Amravati city on Friday and Saturday.

On Sunday, the situation in Amravati remained peaceful as eight battalions of the SRPF (State Reserve Police Force) and additional number of police personnel from various districts were deployed in the city, district guardian minister Yashomati Thakur said.

“The situation is under control in Amravati as eight battalions of the SRPF and extra police force from Jalna, Nagpur, Wardha and Buldhana districts remains deployed,” she said, adding that a march was taken out by the police this evening in sensitive areas of Amravati city.

Meanwhile, a bandh was observed by BJP in rural parts of Amravati.

A total of eight BJP activists were detained in Warud and Shendurjanaghat villages for raising slogans.

The curfew is now expanded to cover Morshi, Warud, Achalpur and Anjangaon Surji towns of the Amravati district, a police official said.