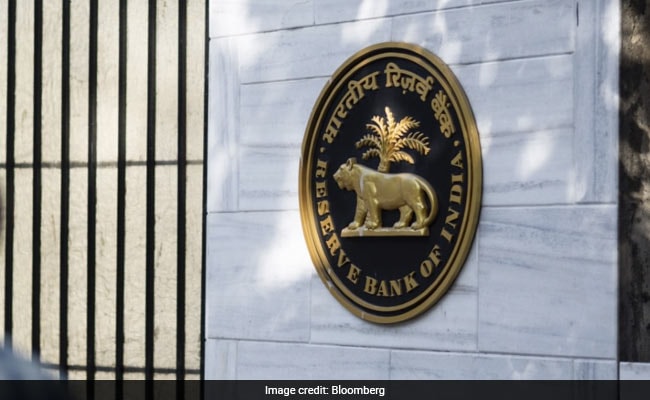 Traders globally are betting that central banks will have to hike rates faster than projected.

New Delhi: Swap rates are rising in India in a sign that traders expect the central bank to roll back monetary stimulus quicker than expected despite its reassurances.

The five-year onshore overnight indexed swap, a tool to trade rate expectations, has advanced 31 basis points in October to 5.64%. It’s poised for the biggest monthly gain since February when the government said the economy had exited a recession before a Delta variant outbreak.

Traders globally are betting that central banks will have to hike rates faster than projected as pandemic-era inflation become entrenched. While price pressures in India eased in the past few months, economists expect it to rise again largely due to the surge in global energy prices, which could influence the Reserve Bank of India’s policy decision.

“The swap market is telling us that the RBI may be falling behind the curve,” said Vijay Kumar Sharma, senior executive vice president at PNB Gilts Ltd. “The view is inflation will be higher and there will be steep rate hikes.” 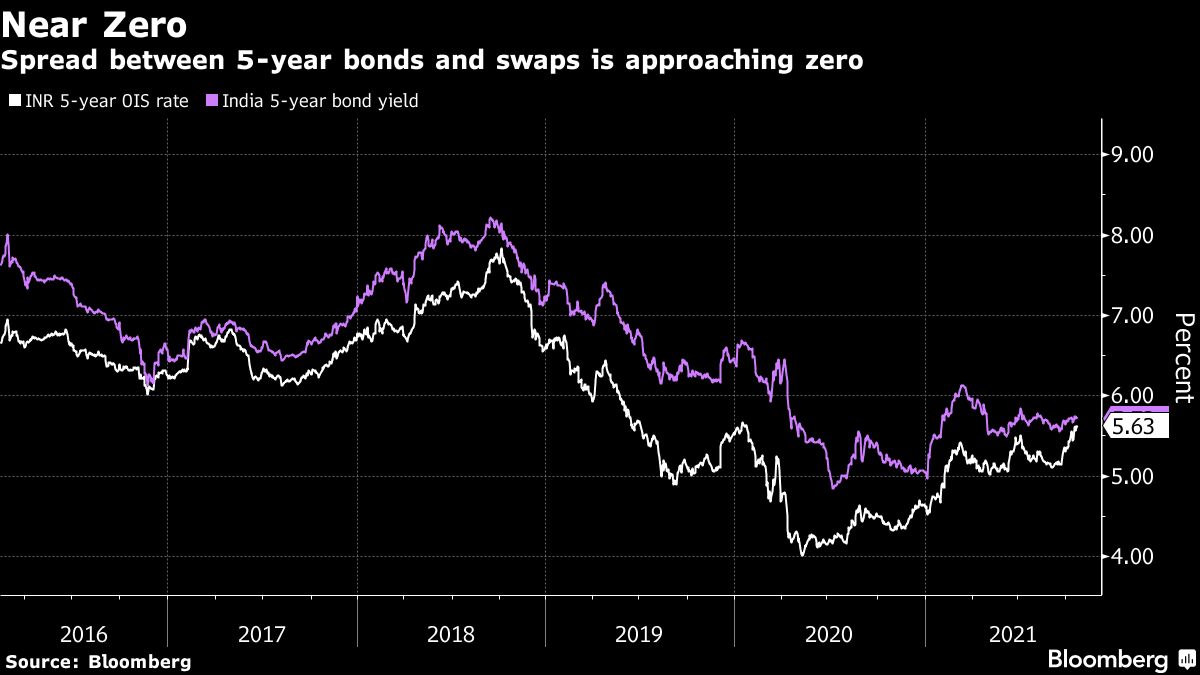 Inflation has climbed quicker than expected in other countries, with Australia on Wednesday reporting gains that led to a selloff in bonds. Last week, price pressures in New Zealand had also driven a similar reaction.

In India, while the CPI is seen moderating in October to November, it will head back toward 6% in the next quarter, according to a note from DBS Bank Ltd. That will help fuel trades on policy normalization just as pricier imports weigh on the currency, it said.

As a result of the jump in India’s swap rates, the spread with five-year bond yields is approaching zero from almost 80 basis points earlier in the year. One-year onshore overnight indexed swap rates have also gained by 29 basis points this month.

India imports about 85% of its oil requirements, and higher energy costs may add as much as 100 basis points to its headline inflation over the next six months, according to estimates by Nomura Holdings Inc.

At the October policy review meeting, RBI Governor Shaktikanta Das said he would stop a program of buying government debt, surprising traders. Das though was careful to steer clear of any talk of rate hikes and emphasized continued accommodative policy.

Swaps are indicating that the overnight rate could jump by about 150 basis points over the next year due to changes in liquidity conditions and policy rates, said Nagaraj Kulkarni, senior Asia rates strategist at Standard Chartered Plc. The lender sees it rising by 100 basis points.

The overnight fixing rate was at 3.48% on Tuesday. Citigroup Inc. has also unwound its offshore OIS curve steepener trade amid concerns of inflation remaining elevated for longer.

“Higher energy prices and global repricing of policy normalization expectations have swept past India swap curve as well,” Citigroup analyst Gaurav Garg wrote in a note to clients. “Even as RBI MPC’s growth focus remains evident, ongoing concerns over inflation globally and some central banks reluctantly giving in to price pressures is causing the market participants to indiscriminately unwind receivers in short tenors.”