Sunrisers Hyderabad’s big-hitting opener David Warner, who has been dropped from the playing XI because of poor form, has said that he won’t be seen at the stadium “again”, hinting that his stint with the struggling franchise could be over. Warner was axed last night from the game against Rajasthan Royals, which SRH won by seven wickets. That win aside, the franchise has battled a poor run with only two wins from 10 matches, which has left them at the bottom of the points table and out of contention for a playoffs berth.

Warner’s absence from the team dugout did not go unnoticed and fans wondered about his whereabouts underneath an Instagram post by SRH. 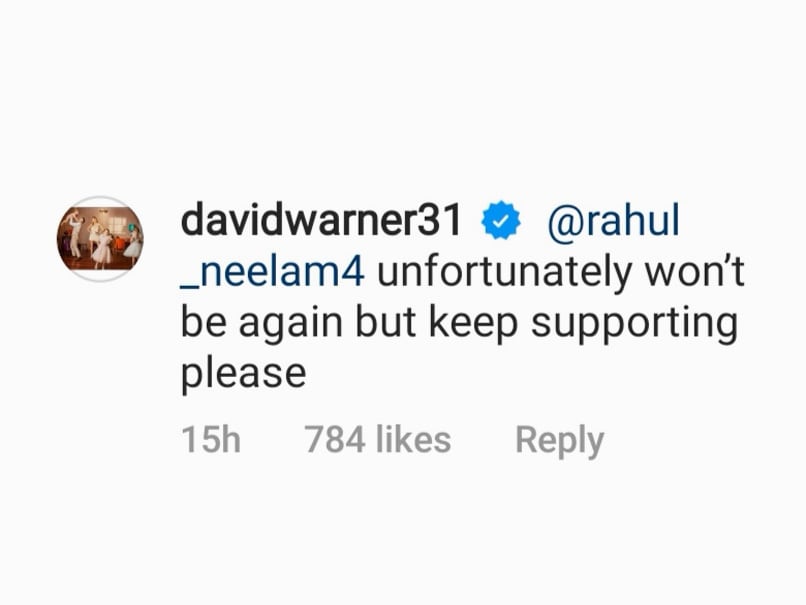 Warner has been woefully out of form this season, having accumulated just 181 runs in eight matches so far at an average of 24.37. His strike rate, at present, is the lowest in all his IPL stints, making it his worst season in the league.

Dropped from the leadership role after the 2018 ball-tampering scandal, he came back as skipper in 2020.

He was again removed as captain during the first leg of this season due to the team’s poor run and differences with Team Director Tom Moody and head coach Trevor Bayliss.

“We can’t make the finals, so we made a decision that we want the youngsters to experience not just the matches, but time at the ground and around the set-up,” Bayliss had said at the post-match press conference on Monday when asked about Warner staying back at his hotel room.

IPL sources have revealed that he will be released at the end of the season and go back to the auction pool.