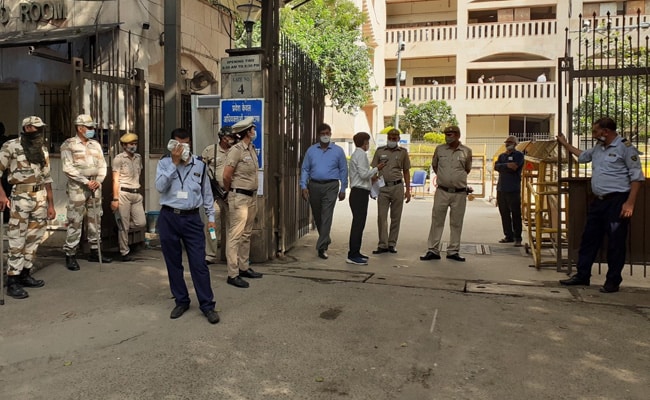 A senior Defence Research and Development Organisation (DRDO) scientist who was arrested for “planting explosives” inside the Rohini district court allegedly attempted suicide by consuming hand wash in a washroom in police custody, officials said on Sunday.

The accused, Bharat Bhushan Kataria (47), is undergoing treatment at AIIMS and is completely stable, they said.

The DRDO scientist was arrested for allegedly planting an improvised explosive device (IED) in a tiffin box inside the Rohini court on December 9 with an intention to kill his neighbour, who had filed several cases against him and was present on court premises that day.

The accused was questioned by the Delhi Police’s Special Cell on Friday and subsequently arrested on the same day. He was in police custody since then and was being interrogated, the police said.

On Saturday night, he allegedly consumed liquid hand wash inside a washroom and was later found lying unconscious. When asked, he complained of vomiting and stomach ache. He was rushed to Baba Saheb Ambedkar Hospital and referred to AIIMS from there, a senior police officer said.

“When police personnel went to check on him at the hospital, he told them that he didn’t consume anything. But we spoke to the doctors and they said he had consumed hand wash,” he said.

“He is being treated at AIIMS and is completely stable. All his vitals are normal. A senior doctor will be checking on him tomorrow (Monday) and he is expected to be discharged. He will be interrogated soon,” the officer added.

The officer said that the accused had prepared himself in advance on how to evade questioning in case he gets caught.

“He is misleading and manipulating the investigation team by evading questioning. He is uncooperative and using all that he has studied about the system to avoid interrogation,” he added.

The IED was not properly assembled due to which only the detonator exploded, the police had said.