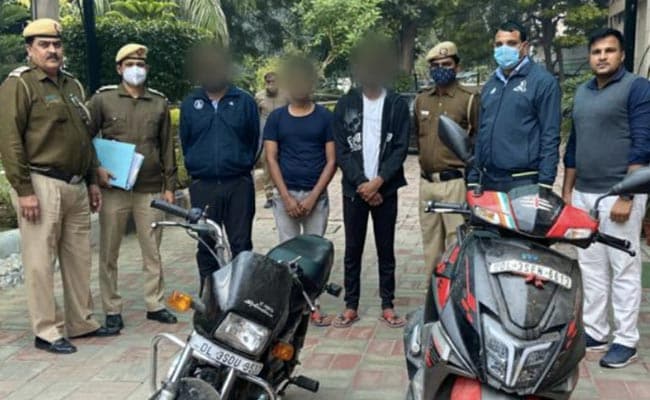 Delhi murder: Accused Naveen Guleria and the two contract killers have been arrested.

A man in south Delhi has been arrested for plotting his wife’s murder over an alleged extra-marital affair. The woman was stabbed 16-17 times by hired killers on Thursday in the city’s Malviya Nagar area, police said.

Besides accused Naveen Guleria, two contract killers — Sonu and Rahul — have also been arrested. The accused paid Rs 5 lakh to the killers for murdering his wife, police said.

The accused took the blood-soaked body of his wife to the hospital following which a police team reached there and sent it for post-mortem, according to Benita Mary Jaiker, DCP, South Delhi.

The woman was found murdered when an employee of the accused went to drop the couple’s son home at 4:30 pm, according to the accused’s version to the police during initial enquiry.

While checking the husband’s mobile phone, police discovered he had an extra-marital affair with a woman staying in Govindpuri area of the city. On the day of the incident, Naveen Guleria and the woman had spoken over phone a number of times.

From his two-wheeler, the police found Rs 50,000 cash and another mobile phone from which they found out about the contract killers. The killers were then arrested and the weapon used in the crime was also seized from them.

The accused told the police his wife had come to know about his extra-marital affair four months ago following which she became suspicious. This led to the accused planning the murder of his wife, said the police.