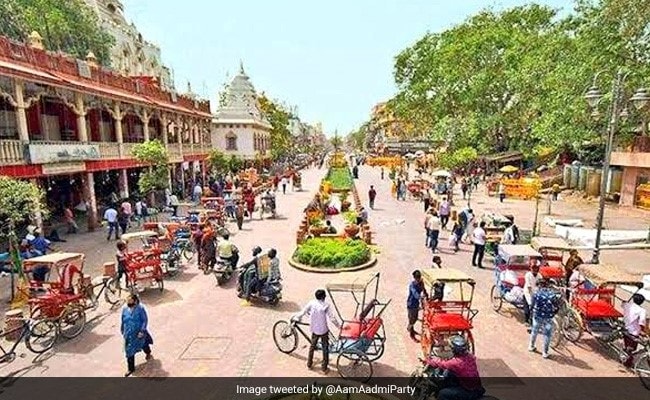 The national capital of Delhi has been awarded for having the best non-motorised transport system in the form of a 1.4-km long corridor for motor-free traffic in the congested Chandni Chowk in the Walled City area.

A city government statement said Delhi was given the honour by the Union government at the 14th Urban Mobility India Conference on Friday.

The excellence award in the field of Urban Transport was given to the Delhi government by Union Minister of Housing and Urban Affairs Hardeep Singh Puri and was received on behalf of the city government by Delhi’s Urban Development Minister Satyendar Jain, the statement said.

“The Chandni Chowk redevelopment project has been honoured by the government of India. This has come true only because of the vision and leadership of Chief Minister Arvind Kejriwal. Congratulations to the entire team working behind this project, ” Mr Jain was quoted as saying in the statement.

The proposal for the redevelopment of Chandni Chowk’s 1.4-km-long and 30-meter-wide, non-motorised transport corridor was approved on August 27, 2018, the statement said, adding the work on the main project started in March 2019 by the Public Works Department.