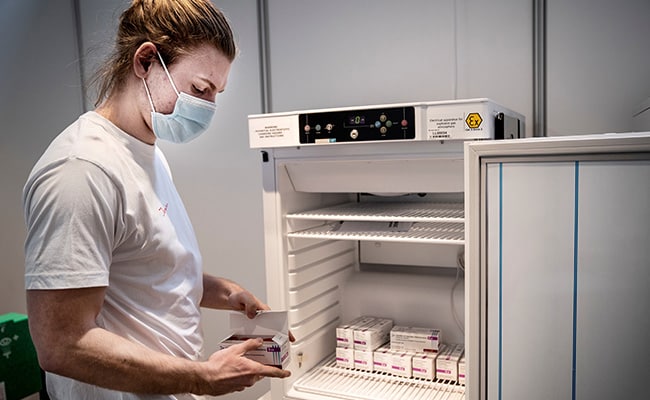 About 80 per cent of the Danish population has received two shots. (Representational)

Denmark will move forward the third coronavirus vaccination shot for people over the age of 40 to 4.5 months after the second shot, the health authority said on Monday.

The move to offer the booster shot earlier than the six months initially planned comes amid rising infection numbers and concern over the Omicron coronavirus variant.

“The immunity obtained by vaccination may be somewhat weaker against the new variant, but preliminary data suggest that a third shot provides increased immunity, which can prevent severe illness with Covid-19,” the Danish Health Authority said in a statement.

About 80 per cent of the population has received two shots and just over 20 per cent have so far received the third booster shot.

The number of new daily infections have spiked since late October to set a new record last week. Denmark has recorded a total of 3,014 deaths, including nine on Sunday, and a total of 554,389 infections.

The number of coronavirus-related hospitalizations has also jumped but remain at about half of the peak a year ago before vaccinations had started.