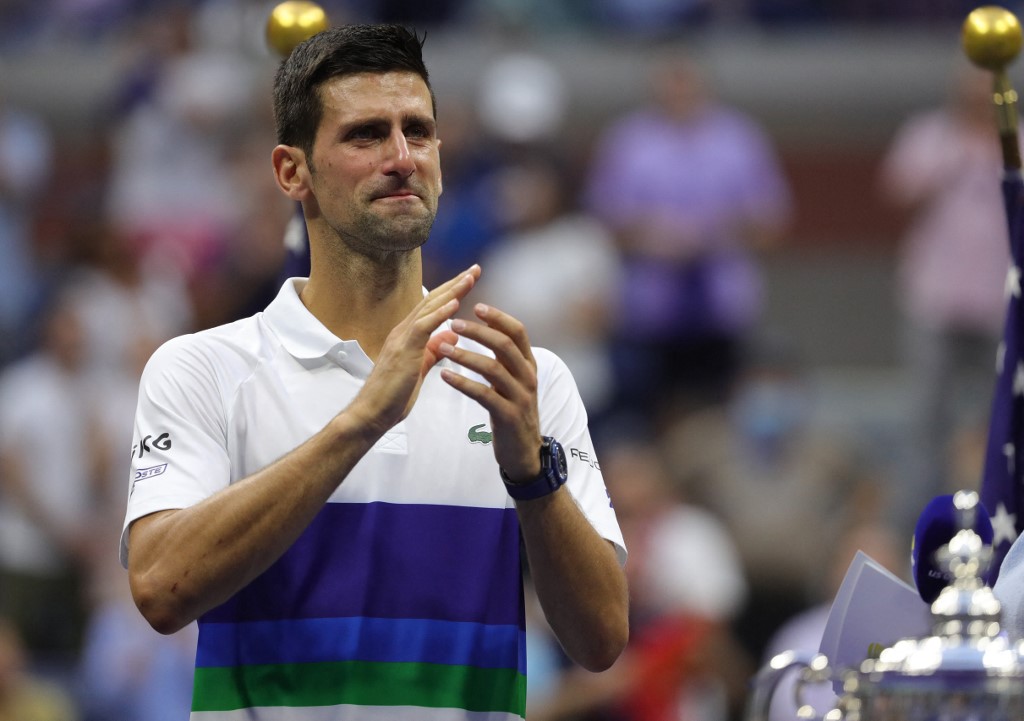 Novak Djokovic expressed his shock at the disappearance.

Novak Djokovic expressed his shock Monday at the ‘disappearance’ of Chinese tennis star Peng Shuai, who has not been heard from since accusing a powerful politician of sexual assault.

Peng claimed earlier this month that former vice-premier Zhang Gaoli had assaulted her, the first time the #MeToo movement has struck at the top echelons of the ruling Communist Party.

Chinese officials have refused to answer questions on the fate of the former world number one doubles player. Details of her allegations have been scrubbed from the Chinese internet.

“I don’t have much information about it, I did hear about it a week ago, and honestly it’s shocking that she’s missing. More so that it’s someone that I’ve seen on the tour in previous years quite a few times,” Djokovic told reporters after winning his ATP Finals opener against Casper Ruud.

“There’s not much more to say than to hope that she’s ok and it’s just terrible… I can imagine how her family feels, you know, that she’s missing.”

Earlier on Monday ATP chairman Andrea Gaudenzi said he was “deeply concerned by the uncertainty surrounding the immediate safety and whereabouts of WTA player Peng Shuai”, although “encouraged by the recent assurances received by WTA that she is safe and accounted for”.

Djokovic also commented on confusion surrounding his post-match comments in Italian at the ATP Finals in Turin, where he spoke to fans in the local language while being honoured for finishing the season as world number one for a record seventh time.

Some observers thought he had announced he would be retiring in two years’ time but Djokovic insisted he had been misunderstood by non-Italian speakers.

“I just don’t think that’s round the corner, so to say. I still feel like I have years left in my legs and in my heart and in my head,” said Djokovic.

“As long as that’s the case I’ll keep going because I truly love the sport. It challenges me and motivates me.”