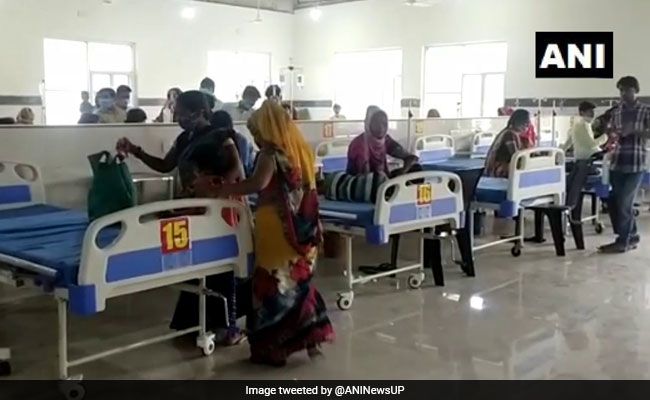 The Uttar Pradesh government on Thursday sent a team of 15 doctors to Firozabad district to investigate the reasons behind the rise in cases of dengue and viral fever, which have claimed 60 lives since mid-August.

Though no deaths have been reported in the last few days, the flow of patients into the government medical college and the community health centres in Firozabad has continued unabated.

Led by Dr GS Vajpayee, a specialist in communicable diseases, the team will investigate the causes behind patients not getting proper treatment before they reach the government medical college and other primary health centres in the district, he said.

It will also investigate the reasons behind the increasing cases, despite efforts to stem them since last month, Dr Singh said, adding that the team will suggest measures to control the spread of dengue and viral fever.

Dr Singh also said that a section of the media is reporting an inflated death count, and maintained that fatalities stood at 60.

Deaths due to other diseases are also being attributed to dengue and viral fever, he said.

In another development, a team of women doctors has arrived here and it is monitoring the treatment of patients in at the government medical college.

They are trying to work out ways for better treatment of patients and are continuously visiting wards, principal of the medical college Dr Sangeeta Aneja said.

The team includes Dr Jaimini and Dr Ayushi from Saifai and Dr Pragati from Kanpur, she said.

Countering complaints of shortage of beds, Aneja said that all patients arriving at the hospital are first given primary treatment at the Trauma Centre and then shifted to different wards after proper testing.

This is being interpreted as shortage of beds, she said.