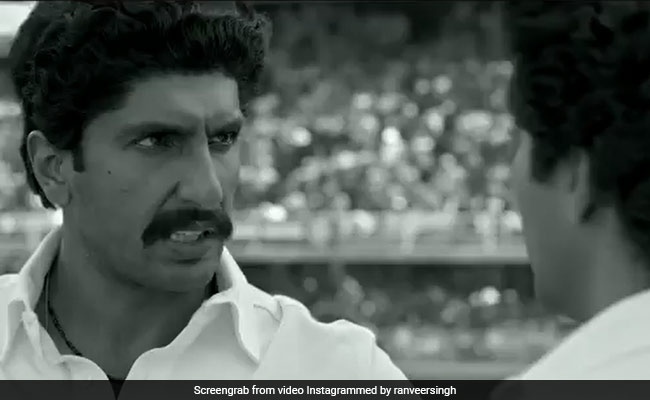 Ranveer Singh, who will plays the role of Kapil Dev in his upcoming film ’83, got a huge shout out from the legendary cricketer. Kapil Dev, speaking of Ranveer Singh’s performance, told news agency ANI: “Ranveer is a great actor. I don’t think he needs any inputs or any help. He just spent time with me and rest he is smart enough.” Kapil Dev added that he got “very emotional” after watching the film’s trailer. “After watching the trailer I am very emotional, but let’s wait for December 24 to see the end product. I can’t say anything till it is released,” ANI quoted Kapil Dev as saying.

Earlier Kapil Dev, in an interview with The Quint, was asked what he thought of Deepika Padukone’s casting in the film as his wife Romi. His reply was: “I think mixed because I don’t know how much the role of my wife is in ’83, so one does not realise that what they are trying to do there.”

In ’83, Pankaj Tripathi will be seen playing the role of manager PR Man Singh. Ammy Virk has been cast as Balwinder Singh Sandhu, Saahil Khattar as Syed Kirmani and Tahir Bhasin has been zeroed in to play the role of Sunil Gavaskar in the film. Deepika Padukone has been roped in to play Kapil Dev’s wife Romi on screen.

The filming of the sports drama began in 2019. The film’s initial release date was April 10, 2020. However, it was shifted to Christmas due to the pandemic. After several changes in the release dates due to the pandemic and lockdowns, the film will finally hit the screens on December 24 in Hindi, Tamil, Telugu, Kannada and Malayalam.

(With inputs from ANI)