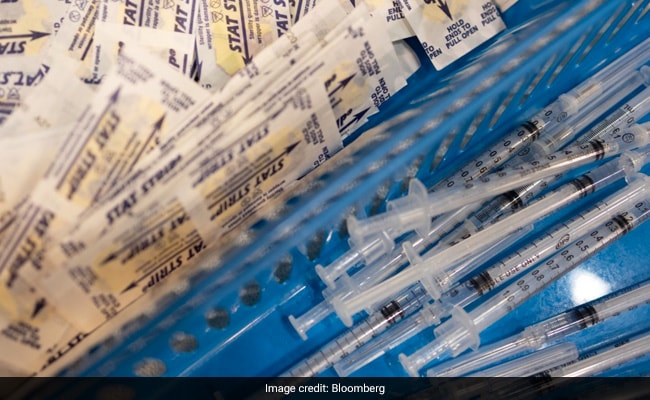 About four-fifths of those cases occurred in people who had been fully vaccinated, the CDC said.

The first omicron cases in the U.S. were detected mostly in vaccinated people who experienced mild illnesses, with only one hospitalization and no deaths reported so far, the U.S. Centers for Disease Control and Prevention said.

As of Dec. 8, the U.S. had investigated 43 cases of the Covid-19 variant that set the world on high alert last month because of mutations that may make it spread more easily.

About four-fifths of those cases occurred in people who had been fully vaccinated, the CDC said on Friday, including one who was in the hospital for two days. Common symptoms included cough, tiredness and congestion or runny nose, according to the agency’s Morbidity and Mortality Weekly Report.

Scientists are still trying to understand how omicron compares with the dominant delta variant. Among the big questions are how quickly omicron spreads, how well it evades immune responses and how sick it makes people. The CDC report, while early, is the first detailed look at omicron cases in the U.S. 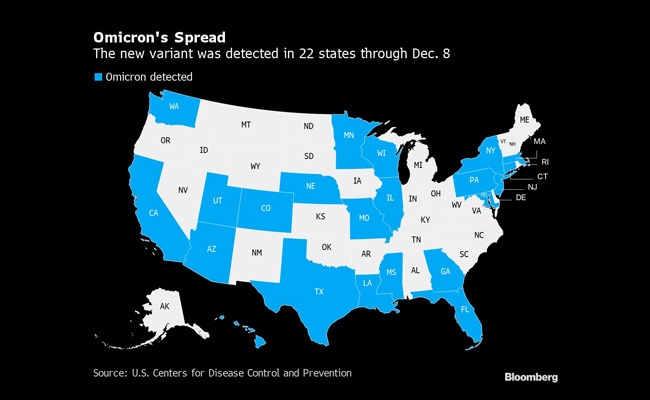 “Many of the first reported cases of omicron variant infection appear to be mild, although as with all variants, a lag exists between infection and more severe outcomes,” and vaccination and prior Covid-19 illness can mitigate disease severity, according to the CDC report.

The authors cautioned against drawing broad conclusions from the early numbers, including because those who have recently traveled internationally may be more likely to be young and vaccinated. The majority of the reported omicron cases were among adults under the age of 40, who tend to have milder cases of Covid.

About a third of the early U.S. patients had also received another shot or booster dose, though several received that extra dose less than two weeks before becoming ill. About 14% of the omicron cases, meanwhile, had evidence of a previous Covid infection.

Omicron cases had been reported across 22 states as of Dec. 8, according to the CDC. Additional omicron infections from late last month are likely to emerge soon, the authors said.

The earliest sign of omicron detected in the U.S. so far was a person who had traveled internationally and began feeling ill on Nov. 15. That was more than a week before South Africa alerted the World Health Organization to the variant on Nov. 24, suggesting omicron was in the U.S. well before it off alarms and triggered fresh travel restrictions.

The findings are “very, very preliminary,” said Gregory Poland, director of the Vaccine Research Group at the Mayo Clinic in Rochester, Minnesota. He said he’s wary of dismissing the omicron variant as mild.

The mild illness seen could be a factor of the vaccinations and prior infections in the population exposed so far, Poland said. It’s also not clear whether vaccinated people who suffer breakthrough infections could experience the long-term symptoms known as long Covid.

“Your singularly best strategy to protect yourself from infection is a primary series and a booster and continuing to wear a mask properly indoors,” he said. New York’s governor ordered businesses to require masking indoors if they don’t already mandate Covid-19 vaccinations.

Still, the new variant “doesn’t seem to be mowing down generally healthy people who are vaccinated,” said Nasia Safdar, an infectious disease physician at UW Health in Madison, Wisconsin. “So that’s reassuring.” How it affects more vulnerable populations, like those who are older or immunocompromised, also has yet to be seen, she said.