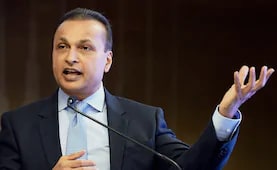 Government informed Parliament on Tuesday that the Employees Provident Fund Organisation (EPFO) has asked it to begin insolvency proceedings against Reliance Capital as it has invested Rs 2,500 crore in the company’s bond programmes.

In a written response to a question in Rajya Sabha, minister of state for finance Bhagwat Karad said that the labour ministry has informed about EPFO having invested Rs 2,500 crore in Reliance Capital Limited (RCL), for which RCL has defaulted in payment of interest from October 2019 onwards.

He was replying to a query by Member of Parliament from RJD, Manoj Kumar Jha, who sought to know whether it was a fact that Reliance Capital had defaulted on payment of principal and interest obligations on bonds held by EPFO.

Ministry of Labour and Employment has informed that as the maturity date of these investment has not become due till date, there is no default on principal as on date, he said.

“The matter for initiation of action under the provisions of the Insolvency and Bankruptcy Code, 2016 (IBC), against Reliance Capital Ltd was taken up by EPFO,” Mr Karad added.

Citing action taken by the RBI, the minister informed the upper house that the apex bank superseded the board of directors of the company on November 29, 2021.

It (RBI) has filed an application on December 2, 2021 for initiation of corporate insolvency resolution process (CIRP) against Reliance Capital at the Mumbai branch of the National Company Law Tribunal (NCLT).

“As per the section 12 (3) of IBC, CIRP needs to be mandatorily completed within a period of three hundred and thirty days from the insolvency commencement date,” the minister said further.

Earlier this month, the company asked its creditors to submit their claims with proof by December 20 following initiation of corporate insolvency process against it.

The company’s promoters have supported the RBI application of referring it to the NCLT under section 227 for fast-track resolution.

Reliance Capital owes its creditors over Rs 19,805 crore, majority of the amount through bonds under the trustee Vistra ITCL India. The company is the third NBFC to go for resolution under the IBC after Dewan Housing Finance.