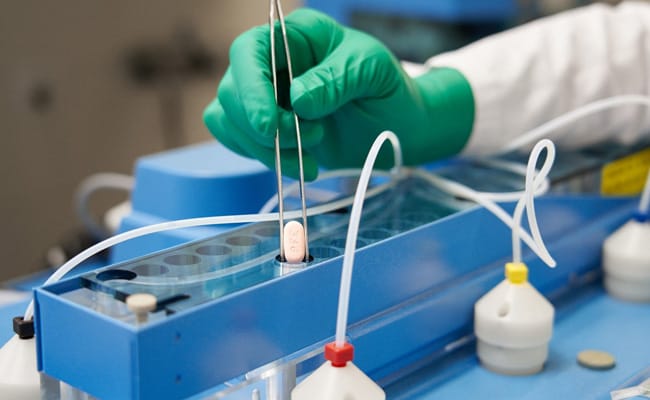 Pfizer’s Covid pill has been approved for emergency use by member states struggling with the new wave.

The EU’s drug regulator on Thursday allowed member states to use Pfizer’s new Covid pill ahead of its formal approval, as an emergency measure to curb a new wave of the disease.

The US pharma giant said this week that the pill — a new type of treatment that should withstand the new Omicron variant — reduced hospitalisations and deaths in at-risk people by almost 90 percent.

“The medicine, which is not yet authorised in the EU, can be used to treat adults with Covid-19 who do not require supplemental oxygen and who are at increased risk of progressing to severe disease,” the European Medicines Agency (EMA) said in a statement.

“EMA issued this advice to support national authorities who may decide on possible early use of the medicine… for example in emergency use settings, in the light of rising rates of infection and deaths due to COVID-19 across the EU.”

The treatment, dubbed Paxlovid, is a combination of a new molecule, PF-07321332, and HIV antiviral ritonavir, that are taken as separate tablets.

“Paxlovid should be administered as soon as possible after diagnosis of COVID-19 and within five days of the start of symptoms,” the EMA said, adding that the pills should then be taken for five more days.

The most common side effects were a disturbance of the sense of taste, diarrhoea and vomiting. The drug should not be used by pregnant women, and breastfeeding should be interrupted while it is being taken, it added.

The Amsterdam-based watchdog said it was at the same time launching a “rolling review” of the Pfizer pill that could lead to its eventual approval in a matter of months.

The EMA has already issued a similar emergency use approval for a pill by Pfizer’s rival Merck.