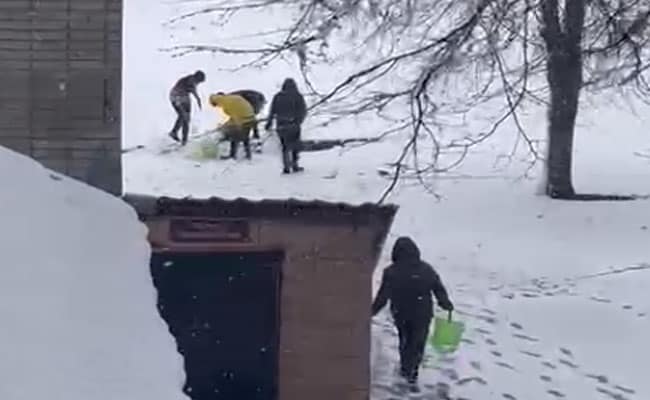 “Last night, I checked with the control room, 694 Indian students were remaining in Sumy. Today, they have all left in buses for Poltava,” Mr Puri told reporters.

Sumy, located near the Russian border and around 350 km east of Ukrainian capital Kyiv, has been the scene of heavy fighting for days. Today, at least nine people, including two children, died in an air strike in the city.

The students have been waiting for evacuation for days. On Saturday, unable to cope with the bitter cold, depleting food and water supplies, the students shared videos saying they have decided to take a risky journey to the Russian border 50 km away.

But they were dissuaded by the government, which contacted them and asked that they “avoid unnecessary risks”.

A plan to evacuate them yesterday fell through as Ukraine rejected a Russian plan for a humanitarian corridor to Russia and Belarus.