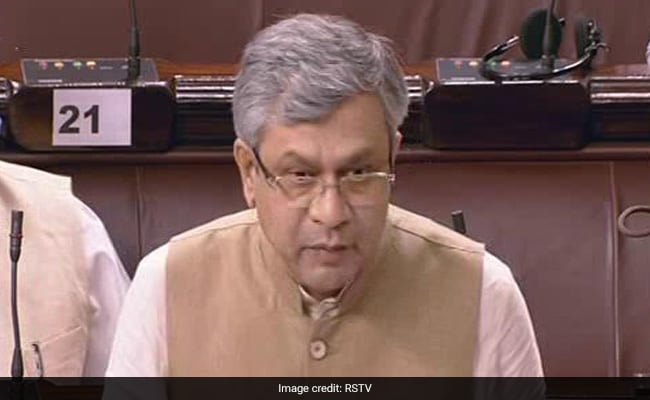 The government expects investments of around Rs 1.7 lakh crore and 1.35 lakh jobs to be created in the next four years under the incentive scheme for semiconductors approved by the Cabinet on Wednesday, Union Minister Ashwini Vaishnaw said.

The Union Cabinet approved a Rs 76,000 crore policy boost for semiconductor and display manufacturing ecosystem in a bid to position India as a global hub for hi-tech production. The announcement comes at a time when there has been a global shortage of electronic chips and many semiconductor companies are expanding their capacities.

Mr Vaishnaw said the Rs 76,000 crore incentive plan is only the beginning for setting up the semiconductor ecosystem in the country as Prime Minister Narendra Modi has set a 20-year vision to make India a hub of the electronics chip industry.

“We expect investment of around Rs 1.70 lakh crore in the next four years. There are proposals already in the pipeline. We expect projects for compound semiconductors to roll out in the next 3-4 months.”

“In the medium term of two to four years, four big semiconductor fabrication plants will be in place,” the IT and communications minister told reporters after the Cabinet meeting.

Tata Group has already announced its intention to foray into semiconductor manufacturing.

Sources told news agency PTI that a Vedanta Group firm is also likely to set up a semiconductor manufacturing plant in India. According to the Ministry of Electronics and IT (MeitY) sources, two big electronics chip companies and two display manufacturing units each entailing investments in the range of Rs 30,000-50,000 crore are expected to be set up within the next four years. Further, 20 companies, which include chip packaging firms and compound semiconductors companies which make chips for automotive sector, power equipment etc, are expected to be operational in three years with investments in the range of Rs 3,000 to Rs 5,000 crore.

Mr Vaishnaw said the government expects a total of 100 companies to be in place to take benefit of the scheme in the next four years. According to the minister, the ‘Programme for Development of Semiconductors and Display Manufacturing Ecosystem’ will create 35,000 highly skilled jobs and 1 lakh indirect jobs in the country.

This is the third attempt by the government to woo semiconductor companies. Mr Vaishnaw said that earlier the electronics manufacturing ecosystem in the country was negligible, but it has reached Rs 5.33 lakh crore in 2020-21. In the next four-five years, the sector is expected to cross Rs 22 lakh crore.

“We now have all the elements in place to make this scheme a success,” he said.

A MeitY official said the scheme has been designed after rectifying mistakes done in the past and the Centre will make matching investments with the chip manufacturing companies so that they are not required to wait for financial incentives from the government.

The scheme for setting up of semiconductor fabrication plants and display units in India will extend fiscal support of up to 50 per cent of project cost to eligible applicants.

The Centre will work closely with the state governments on high-tech clusters with requisite infrastructure in terms of land, semiconductor grade water, power, logistics and research ecosystem to approve applications for setting up at least two greenfield semiconductor fabrication units (fabs) and two display fabs in the country.

MeitY will take requisite steps for modernisation and commercialisation of Semi-Conductor Laboratory (SCL). The IT ministry will explore the possibility for joint venture of SCL with a commercial fab partner to modernise the brownfield fab facility.

A Design Linked Incentive (DLI) scheme will offer incentive of up to 50 per cent of eligible expenditure and product deployment linked incentive of 6-4 per cent on net sales for five years.

Under the scheme, support will be provided to 100 domestic companies of semiconductor design for integrated circuits (ICs), chipsets, system on chips (SoCs) and semiconductor linked design.

The scheme envisages to facilitate the growth of not less than 20 such companies which can achieve turnover of more than Rs 1,500 crore in the coming five years. The minister said the scheme also targets creating 85,000 highly skilled engineers in partnership with top 60 institutes of the country to meet the manpower requirement of the semiconductor industry. With a view to driving the long-term strategies for developing a sustainable semiconductors and display ecosystem, a specialised and independent ‘India Semiconductor Mission (ISM)’ will also be established.

The mission will be led by global experts in semiconductor and display industry and it will act as the nodal agency for efficient and smooth implementation of the schemes on semiconductors and display ecosystem.

In all, the government has committed support of Rs 2,30,000 crore to position India as global hub for electronics manufacturing with semiconductors as the foundational building block.