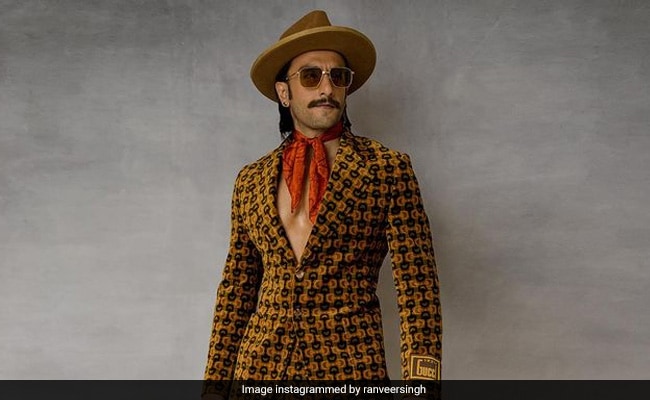 Ranveer Singh’s esoteric fashion sense needs no introduction. From inspiring awe among onlookers to being the perfect fodder for online memes, the actor has done it all with his fashion outings. And things were no different when Ranveer Singh attended the Red Sea Film Festival in Jeddah to promote his upcoming film, ‘83, along with his wife and co-star Deepika Padukone. For his appearance on Wednesday, Ranveer Singh came dripping in couture. Wearing a striking pantsuit with a matching hat, scarf and sunglasses, the star made quite the statement. To describe the look, the actor leaned on Lady Gaga’s dialogue from the House Of Gucci and wrote, “ Father, Son & House of ……” leaving fans to fill in the blank with Gucci.

Replying to the image, comic-actress Lilly Singh said, “Literally saw this suit today and wanted it.”

In addition to Ranveer Singh and Deepika Padukone, director Kabir Khan and his wife Mini Mathur, cricket legend Kapil Dev and his wife Romi Bhatia attended the premiere of ‘83 at the festival.

Ranveer Singh did not pick just Gucci for the promotions of the film in the Middle East. He was also seen in an ensemble by Bollywood’s favourite designer Sabyasachi Mukherjee. Dressed in a printed shirt, pants and a cape, Ranveer Singh was all about the grandeur. In the caption, he wrote, “Sabya, gotta love ya,” with an Indian flag and heart emoji.

Before this, Ranveer Singh had the Internet avidly discussing his airport look as he flew out of Mumbai for the promotions of ‘83. He was dressed in a tiger-print sweatshirt and red pants. Sharing a photo on his timeline, Ranveer wrote, “Tiger blood.”