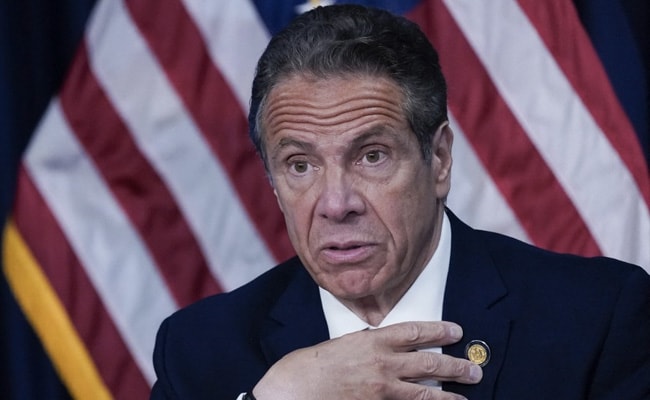 The charge is the first to be filed since the once-powerful politician was forced to resign this year following a slew of sexual harassment allegations.

“A misdemeanor complaint against former governor Andrew Cuomo has been filed in Albany City Court,” said Lucian Chalfen, a spokesman for the New York state courts, describing it as a “sex crime.”

The complaint accuses Cuomo of putting his hand down the victim’s blouse and grabbing her left breast in December 2020.

It was filed by the Albany County sheriff’s office on behalf of New York state.

He resigned in August after state Attorney General Letitia James issued a report, which was not criminal in nature, concluding that he sexually harassed 11 women, including former staffers.

“From the moment my office received the referral to investigate allegations that former governor Andrew Cuomo sexually harassed multiple women, we proceeded without fear or favor,” James said in a statement.

“The criminal charges brought today against Mr Cuomo for forcible touching further validate the findings in our report,” she added.

Cuomo has strenuously denied the charges and claims he was the victim of a political vendetta.

He gained nationwide adoration last year for his straight-talking daily coronavirus briefings before his spectacular fall from grace.

Forcible touching is a class A misdemeanor that can carry a sentence of up to one year in prison.